Posted by Berry Law Firm on September 13, 2020 in Medical 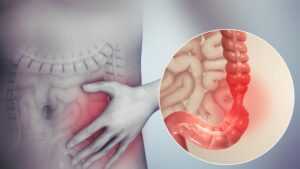 Veterans suffer from a variety of different illnesses and disabilities related to service. One of the more common disabilities Veterans suffer from is Irritable Bowel Syndrome (IBS). However, most Veterans do not realize they can receive VA disability for IBS if they can prove it was caused or exacerbated by military service. While it is possible for many Veterans to develop IBS, it is more common in POWs and Gulf War Veterans.

Irritable bowel syndrome, or IBS, is a common gastrointestinal condition that Veterans suffer from. IBS is a chronic condition that impacts the gastrointestinal system and can lead to stomach pains, constipation, gas, and diarrhea. The exact cause of IBS is not fully understood, but there are a number of factors that can trigger it, including food allergies and stress. Additionally, the affected areas can vary; including nerves, muscles, and lining of the intestines. Regardless of which areas are affected, Veterans are entitled to VA compensation for IBS if it was caused by service.

How the VA Rates IBS

The VA currently gives a 0, 10, or 30 percent VA disability for IBS. To determine your rating, the VA will consider the symptoms you are displaying.

While these ratings may seem small, it is important that Veterans receive VA disability for irritable bowel syndrome if they are displaying symptoms.

The group of Veterans most affected by IBS may be Gulf War Veterans, who often display IBS as a symptom of Gulf War Syndrome. While the VA may grant service connection for IBS to a Gulf War Veteran as it is a medically unexplained chronic illness, the VA does not consider IBS to be a presumptive condition. However, getting service connection for IBS as a secondary condition is something Veterans should consider. Studies have found that psychological conditions such as PTSD can be a risk factor for the development or exacerbation of IBS. Additionally, medications that are taken for other service-connected conditions may result in the development or exacerbation of IBS.

It should be noted for Veterans that are service connected for gastroesophageal reflux disease, or GERD, cannot also be separately service connected for IBS. This is done to avoid pyramiding, or the stacking of similar disabilities with different diagnoses. If a Veteran suffers from both conditions, the VA will combine them and rate the more severe of the conditions.

Berry Law is dedicated to helping Veterans in their fight for disability compensation. As a team with Veteran attorneys from the Army, Navy, Air Force, and Marine Corps, Berry Law provides fellow Veterans with the legal firepower they need to get their VA claim approved. If you were denied VA disability for IBS and need help appealing, Berry Law can help you appeal. Contact Berry Law today to schedule a free case evaluation.