Posted by Berry Law Firm on May 9, 2014 in Military Sexual Assault

A New York Times article published May 1, 2014, indicated a 50 percent increase last year in reports of rapes and sexual assault, according to a study performed by the Pentagon. In 2012, a confidential Pentagon survey estimated that 26,000 men and women were victims of sexual assault. Of those, 3,374 cases were reported.

Men and women who have suffered from sexual assault or rape in the military may develop post-traumatic stress disorder as a result. Military sexual trauma (MST) may be claimed for VA disability benefits. It is a mental health condition that is related to military service.

Often times, military sexual trauma victims did not report the trauma during their military service, and it is difficult to show that an assault in fact took place. If you were sexually assaulted in the military and did not report it, you still have a chance at getting VA disability benefits.

VA has determined that the following evidence may be used in support of an MST claim: A request for transfer to another military duty assignment; decline in work performance; substance abuse; episodes of depression, panic attacks or anxiety without an identifiable cause; or unexplained economic or social behavior changes.

Personal diaries and journals may also be used as an important information source to show that a sexual assault did indeed take place. If you told anyone or anyone had knowledge of the sexual assault taking place, you can request they provide statement consistent with their knowledge.

If you can show it is at least as likely as not that you were the victim of military sexual trauma and, as a result, you have developed a mental health condition, like PTSD, you can be awarded VA disability benefits. 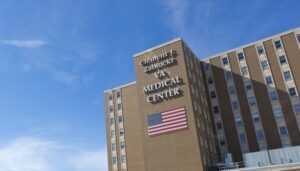 Does a VA Medical Examiner Need Specific Training or Credentials?