Military aircraft are now some of the most advanced pieces of technology in the world. However, it was barely a hundred years ago that they were considered a new form of transportation. The Wright Brothers’ first flight was in 1914, so during the height of World War I airplanes were still a relatively new invention. That didn’t dissuade young Americans from joining the Army Signal Corps, the branch that included the Flying Service. One of the Americans to join the Army Signal Corps was Berry Law co-founder Wade Stevens.

Stevens was a high school teacher prior to joining the Armed Forces. When WWI came along, he volunteered for the Signal Corps Air Arm, the precursor to the United States Air Force. Stevens was one of the first 47 cadets to train at Kelly Field in Texas.

He shipped overseas in early 1918 to join American forces as a flight instructor. After the armistice was signed on November 11, 1918, Stevens returned to the US.

When he returned from service, Stevens was excited to learn that his friend, Dr. Frank Brewster, had arranged for him to purchase an $8,000 airplane (on behalf of the doctor) from Curtiss Aeroplane and Motor Co. in New York.

Stevens requested the help of a local mechanic, one who had never seen a plane before, to assemble the airplane. Dr. Brewster became Wade’s first passenger after a successful test flight.

On May 23, 1919, Dr. Brewster received a call about a man, Guy Sidey, in Kansas who had suffered a fractured skull while working in an oil well. None of the local doctors felt comfortable operating on Sidey, so Dr. Brewster arranged for Stevens to fly him to Kansas to treat Sidey’s injuries.

Normally, the drive to Herndon, Kansas, would have taken about three hours. However, the flight only took 50 minutes. Dr. Brewster’s quick arrival proved vital. He was able to remove several pieces of bone from the injured man’s skull and insert a silver plate. Sidey made a complete recovery.

The swift arrival was credited with saving the man’s life. Further, Dr. Brewster was able to arrive home in time for supper.  The next day, Stevens flew Dr. Brewster to McCook for another medical operation.

Not long after Dr. Brewster and Wade Stevens’ lifesaving act, their story began circulating. A representative from Curtiss Aviation Co. reached out to Dr. Brewster to inform him that this had been the first airplane in the world purchased and used for professional services.  This was a full eight years before Lindbergh would fly across the Atlantic solo.

Dr. Brewster and Stevens had no idea that they were making history in the small town of Beaver City, Nebraska, when they embarked on their trip. They simply believed they were doing their job.

After a summer working as Dr. Brewster’s pilot, Stevens attended the University of Nebraska College of Law, then joined his father in the practice of law following graduation.

When Berry Law founder John Stevens Berry, Sr., returned from practicing in New York, he and Wade teamed up to start the firm that would eventually become Berry Law. 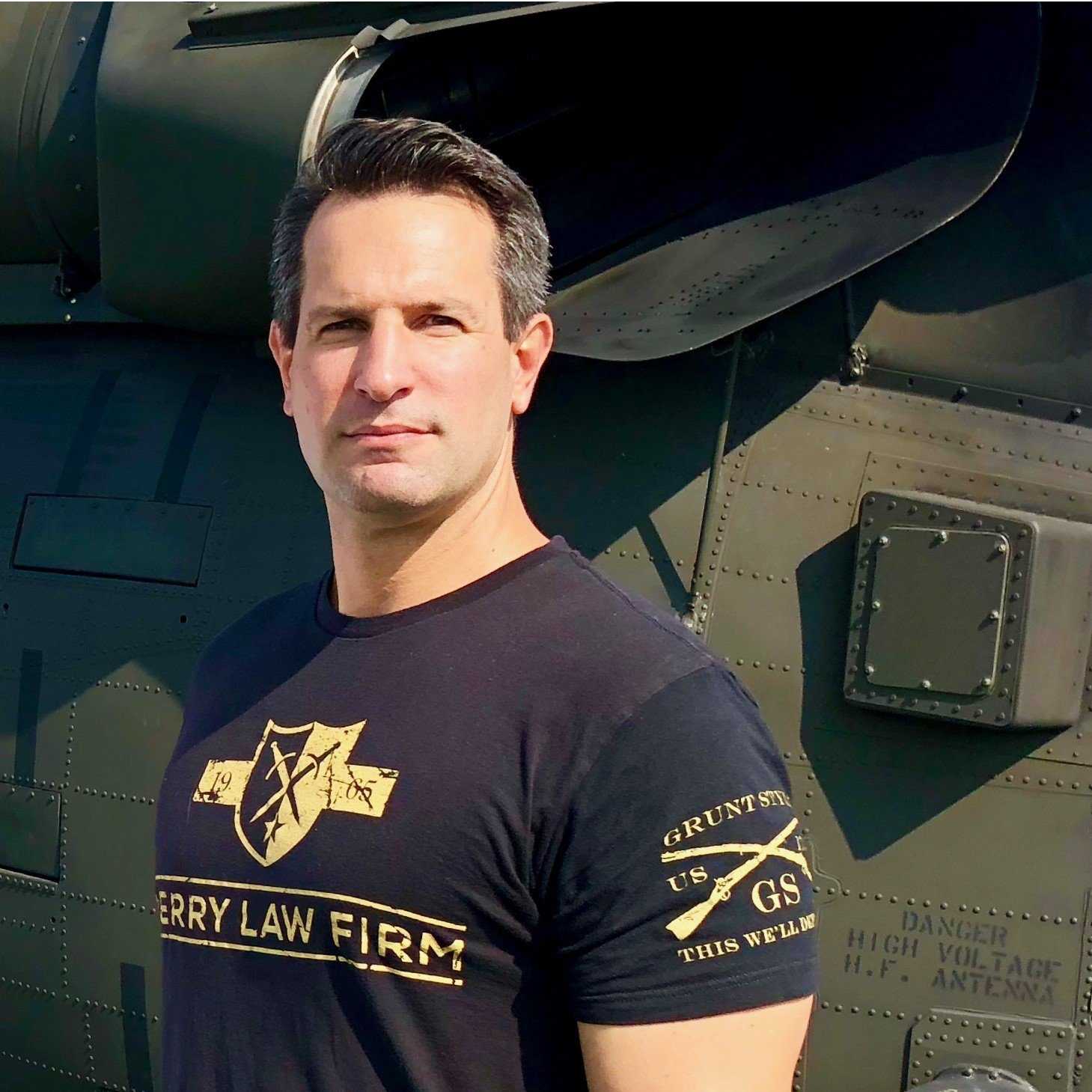