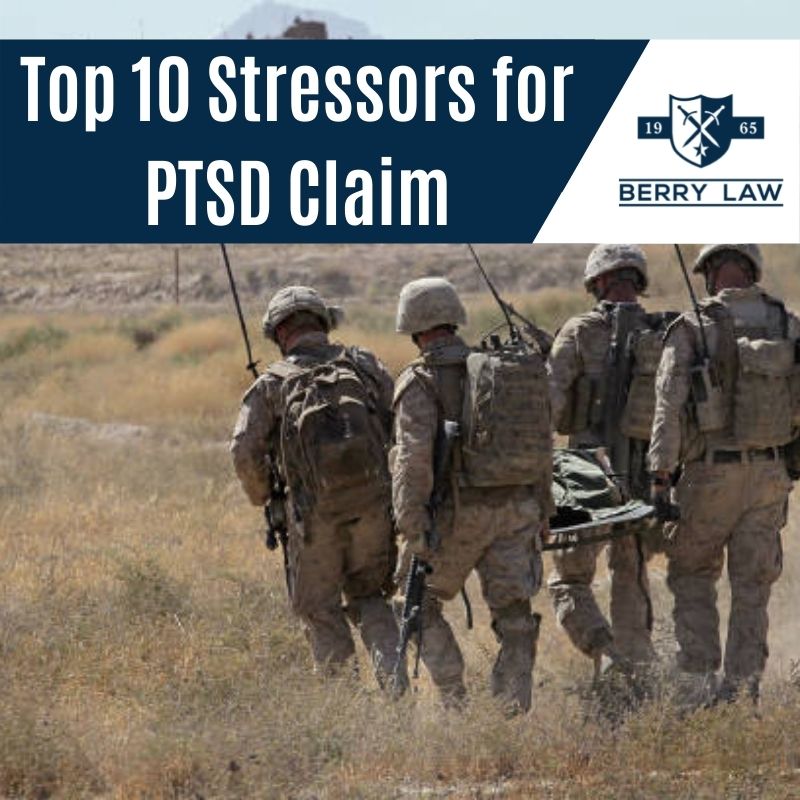 Anyone can develop Post-Traumatic Stress Disorder or PTSD; all it requires is a stressor. A stressor is an event that is so traumatic it alters a person’s life and their brain. These stressors can permanently change a person’s view on life and the way they react to a variety of situations. Veterans are especially susceptible to developing PTSD because of the nature of their service. They are often removed from their friends and family for months at a time, put in stressful situations, and often left to think they must deal with their mental health on their own. The most publicly known stressor that causes a veteran to develop PTSD is experiencing the traumas of war. While this is one of the most common ways, there are several just as common stressors.

There are four main categories of stressors:

The last thing a veteran must prove for the VA to grant service connection for PTSD is a nexus. For combat veterans, this is not always needed. But most other veterans will need a psychiatrist or psychologist to confirm that veteran have a PTSD diagnosis and the veteran’s reported in-service stressor “at least as likely as not” caused their PTSD. This last step is why veterans should start seeking mental health treatment as soon as possible. The more records showing a link between service and their PTSD, the more weight a positive nexus letter has. Likewise, the more records there are showing this link, the harder it is for any disinterested or disingenuous VA examiner to provide a negative nexus.

Once a veteran obtains service connection for PTSD, or any other mental health condition, the claim may not be over. The VA often awards a lower rating than a veteran is entitled to. Additionally, PTSD and other mental health conditions can cause a variety of other issues such as sleep apnea, headaches, hypertension, and sexual dysfunction, among many others. Since these conditions could be caused by a veteran’s service-connected mental health, it is possible to obtain secondary service connection for those conditions.

Obtaining service connection for PTSD can be an uphill battle. Certain types of stressors require more attention and evidence development. Establishing a solid stressor is the first step to obtaining service connection. If you need help service connecting your PTSD, Berry Law Firm can help by discussing your case with you, reviewing your records, assisting with evidence development, and advocating for what you deserve. If you believe you have PTSD due to your service and the VA refuses to provide the benefits you earned, please contact Berry Law Firm so we can assist you with your claim.