Veterans diagnosed with non-combat PTSD but denied service connection frequently express a common frustration: “How can the VA say this never happened to me? I’m not lying!” But rather than accusing Veterans of stretching the truth, the VA will often cite a lack of evidence as reason for denial.

With something as deeply personal and traumatic as a stressor for PTSD, it can be difficult for Veterans to take a step back and realize what evidence they need to contest a denial of service connection for non-combat PTSD. No matter how it may feel to a Veteran in need of benefits, the rules constrain the VA from granting service connection until a claim meets a certain level of proof.

Non Combat PTSD Stressor: What is it?

A stressor is an upsetting or distressing event that caused post-traumatic stress, which eventually developing into post-traumatic stress disorder. Some examples include being exposed to death, violence, or sexual assault in a direct or indirect way (i.e., as a witness). Not every stressor has to be corroborated in order to obtain service connection. For example, if the stressor occurred during combat, the claim requires no stressor corroboration evidence.

Can You Have PTSD Without Seeing Combat?

Yes,Veterans can experience post-traumatic stress disorder without seeing combat. A stressor can still cause debilitating, long-lasting effects if you don’t receive the right benefits and treatment.

Non-combat PTSD is a manifestation of stressors that creates anxiety, panic, and distress. Some root causes are related to physical or sexual assault while serving, witnessing a fellow soldier’s death or suicide, or motor vehicle accidents.

Please keep in mind that the claims approval process depends on the information and evidence you present. You must have some form of proof of your stressors to apply for PTSD disability benefits.

Is Combat PTSD Different From Other Forms of PTSD?

The severity of post-traumatic stress disorder symptoms is unique to each person. The severity depends on the degree of trauma and the event’s stressors. Since PTSD is a psychological disorder that impairs a Veteran’s life, the VA will treat the impact of the condition the same regardless of whether the event that occured is non-combat related.

Non-combat PTSD can be just as debilitating as PTSD from a combat stressor. PTSD is a complex psychological diagnosis that can have roots to any kind of traumatic stressor.

It may be challenging for Veterans to provide information after their service that proves they experienced a traumatic event. However, it is still their right to file a claim to receive disability benefits, especially if they cannot work because of their PTSD. Moreover, the effects of non-combat PTSD are just as debilitating to some Veterans as other forms.

What Is the Lowest Rating for PTSD?

The PTSD rating scale ranges from 0 – 100. Zero is the lowest score, which acknowledges the veteran’s disorder. However, this score also determines that the event or symptom is not severe enough to interfere in the veteran’s life.

A score of 100% is the highest possible score. This score implies that a veteran should receive full benefits, because the symptoms are so severe that they cause total impairment.

Verifying the stressors’ severity is what will distinguish the levels of benefits, including monetary compensation. The VA may want to help as many Veterans as possible, but they are also stewards of the public treasury and required to verify that the level of compensation is commensurate to the level of impairment.

Under the current laws, military Veterans with service-connected PTSD now receive an automatic minimum 50% rating, no matter the severity of their symptoms. Although this is not nearly enough to cover VA disability needs, it is a start for combat and non-combat veterans to receive care for their disorder.

Your VA disability claim will depend on verifying your combat and non-combat PTSD stressors and the level of impairment on your occupational and social life. A 50% PTSD rating is a good start, but to receive full coverage, you would no longer be able to work due to your symptoms.

Can You Get a 100 Percent Disability For PTSD?

Yes, post-traumatic stress disorder can result in a 100% disability rating, which is the maximum percentage for any individual disability. The rating schedule requires total impairment to get a 100% rating from PTSD alone, although many people reach 100% by having a PTSD diagnosis in addition to other disabilities.

When you receive a 100% rating, you are entitled to a significant amount of monthly disability compensation. You receive comprehensive VA disability benefits and treatment to help you cope with the complications from your PTSD.

Veterans without combat experience still have the right to file for VA PTSD disability benefits. Non-combat PTSD related stressors wreak havoc on the lives of thousands of Veterans in the United States, and many people feel as though they may not be able to claim benefits if their disorder is not directly related to combat.

Even after a Veteran leaves the military and the specific environment that created the stressor, the effects often linger for life. These stressors can include traumatic events related to being involved in motor vehicle accidents or non-combat-related physical violence or assault.

Post-traumatic stress disorder may start during your service in the military, but can last well beyond the event of your trauma and initial stressors. It can be difficult to receive a PTSD diagnosis, and even more difficult to verify a stressor when a non-combat event has occurred. Combat stressors are usually presumed to be linked to PTSD by their nature, while non-combat events may require a more thorough amount of evidence to prove.

When a stressor needs to be corroborated for service connection, the VA will look for “credible supporting evidence of the veteran’s account of the in-service stressor.” According to the Court of Appeals for Veterans’ Claims, testimony by itself cannot, as a matter of law, establish the occurrence of an in-service stressor when the stressor was not related to combat or fear of hostile or terrorist activity. This restriction results in many claims being denied because the only proof available is the veteran’s statement. However, this does not have to mean that the claim cannot be service-connected. There are many ways to corroborate a stressor, and the VA is required to assist in doing so.

It can be hard to recount details of a stressor incident. Because of this, many Veterans actively avoid doing the one thing that might help them the most. The VA Form 21-0781 exists to concisely outline the in-service source of non-combat PTSD so the VA can adequately process the claim. Among other things, the form asks for the approximate date, location, and a brief description of the incident.

But what if the Veteran cannot recall certain details of the incident? Many people have difficulty remembering traumatic moments, especially decades after the fact. Veterans filling out the form should focus on what they do remember instead. Some of the information on the form may be inexactly reported, particularly with regard to the date of the incident, but if the Veteran can pin down a two-month window of time, the VA can send the stressor to be verified with the record keepers. If the estimated date of the incident cannot be narrowed to two months, it is important to try to approximate some period of time in which the VA might search for records.

No Records of the Incident

The VA’s obligation to assist pertains mainly to gathering records. If the incident never made it into the records, the stressor will have to be proved by other means. This scenario occurs often in the case of military sexual trauma (MST), in which the victim wishes to remain silent due to fear of reprisal or feelings of shame.

Corroborating evidence in cases where the stressor incident was not reported can come in the form of other service records, such as performance evaluations. Perhaps the veteran was doing well at work, moving toward a promotion, and suddenly became a substandard member of the team. He or she may have also sought medical treatment for injuries or problems related to the stressful incident, creating a paper trail in the process.

Evidence of an in-service stressor does not always have to come from military service records. Instead, the veteran can have friends, family, spouses, or fellow service-members submit statements about the time of the stressor. Even if the veteran did not tell them about the incident itself, perhaps they noticed the veteran’s personality changing.

Non Combat PTSD Stressor: Get Help from a Veteran

Just because you’ve been denied doesn’t mean you should give up. The attorneys of Berry Law Firm have spent decades successfully fighting for veterans’ benefits. We have never had a client regret his or her pursuit of VA compensation.

If your claim has been denied or your rating decision is inadequate, contact us today. Your consultation is free. 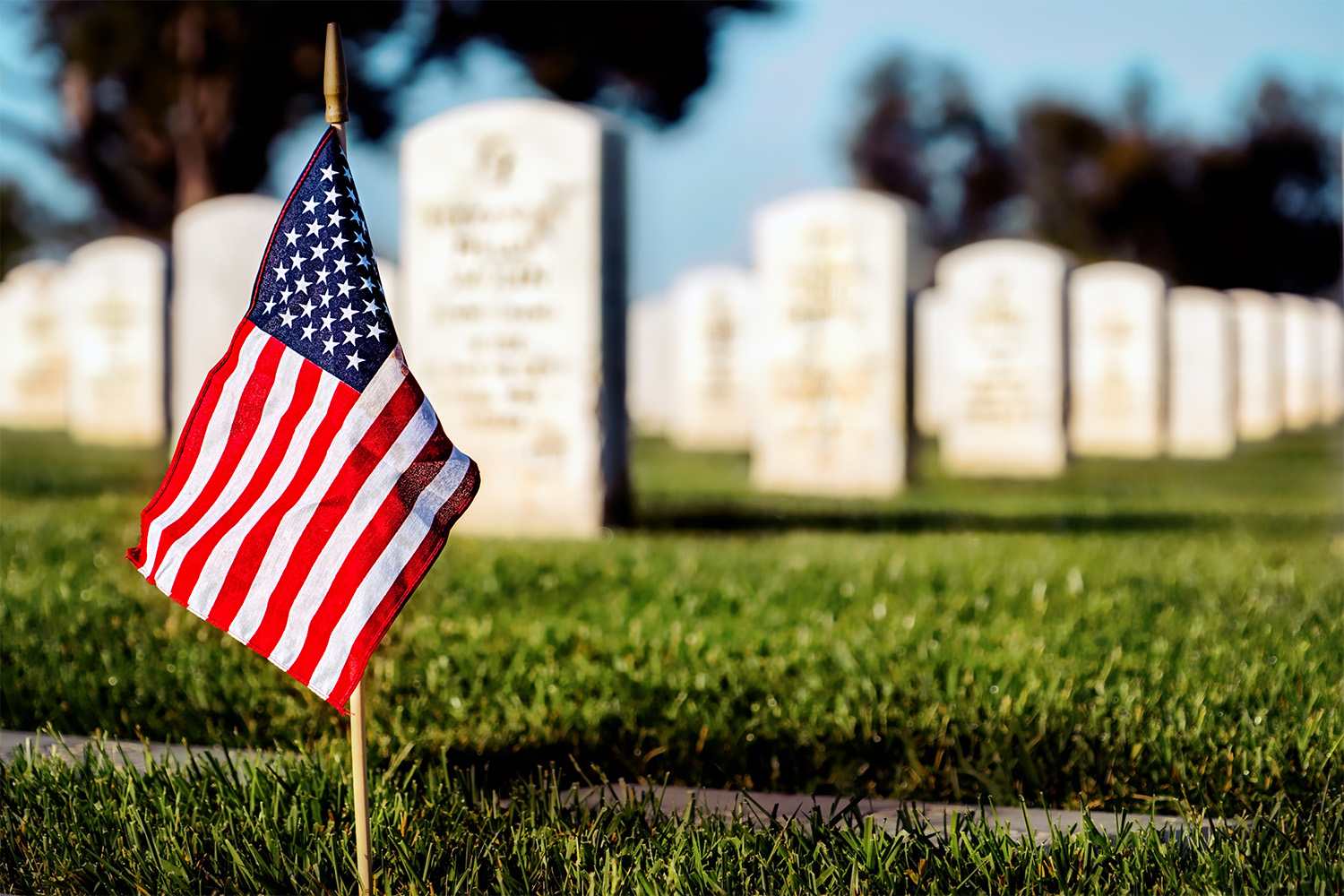 Veterans Burial Benefits & Everything You Should Know