Posted by Berry Law on June 18, 2020 in Veterans Benefits

Veterans who served in Afghanistan, Iraq, and other theaters since the 9/11 attacks are at higher risk for developing amyotrophic lateral sclerosis (ALS), a degenerative condition also known as Lou Gehrig’s disease, a recent medical study concludes.

The study, “Amyotrophic Lateral Sclerosis Among Veterans Deployed in Support of Post-9/11 U.S. Conflicts” published in the journal Military Medicine, says that Air Force Veterans and aircraft crews, in particular, are at elevated risk of developing the progressive neurodegenerative disease.

As ALS advances, the disease causes degeneration of nerve cells in the brain and spinal cord that leads to muscle weakness, muscle atrophy, loss of muscle control, and spontaneous muscle activity. Veterans with ALS deserve the full disability benefits a grateful nation can provide, and they are entitled to VA compensation for ALS.

Amyotrophic lateral sclerosis is a recognized military service-connected disabling condition. Since 2008, the VA has provided a presumptive benefit for Veterans diagnosed with ALS after having served continuously for at least 90 days. In 2012, the VA increased the minimum ALS Veterans disability rating to 100%.

The cause of ALS is unknown, and there is currently no cure. ALS affects about 20,000 to 30,000 people in the United States and is often relentlessly progressive.

We’ll Help You Fight for VA Disability Compensation for ALS

Berry Law focuses on handling Veterans’ disability appeals at every VA Regional Office in the United States. Our team, which is full of Veterans from the Army, Navy, Air Force, and Marines, can help you get the correct ALS diagnosis added to your VA disability rating.

ALS is a devastating, aggressive disease and you need an aggressive VA disability attorney to handle your disability appeal and make sure you are receiving the full range of benefits available by law.

If a Veteran is diagnosed with ALS, his or her condition will be presumed to have occurred during or been aggravated by military service. As such, the Veteran is entitled to a service connection and full VA benefits for ALS.

We can make sure your VA disability appeal includes the relevant evidence necessary for the VA to make a proper evaluation. While there is no known cure, there are currently four drugs approved by the U.S. Food and Drug Administration to treat ALS (Riluzole, Nuedexta, Radicava, and Tiglutik). Doctors and therapists can provide multidisciplinary care to help manage the symptoms of the disease and help Veterans living with ALS to maintain as much independence as possible.

ALS usually strikes people between the ages of 40 and 70, and it is estimated there are at least 16,000 Americans who have the disease at any given time. For unknown reasons, military Veterans are approximately twice as likely to be diagnosed with the disease than the general public.

ALS News Today explains that the study published by Military Medicine suggests that there is an early onset of ALS among deployed military service members.

Previous studies have shown an average case rate of ALS among deployed Gulf War Veterans of 6.7 per million compared with 3.5 per million among individuals who were not deployed.

The new study of Veterans deployed in support of post-9/11 conflicts who received care in the Veterans Health Administration (VHA) during the fiscal years of 2002–2015 found that the prevalence of ALS was 19.7 per 100,000. This rate is significantly higher than the ALS prevalence reported among deployed Gulf War Veterans, which was 5.8 per 100,000 over 10 years after the Gulf War, ALS News Today says.

The Relationship Between ALS and Traumatic Brain Injury (TBI)

The researchers involved in the Military Medicine study also sought to evaluate whether other health conditions, such as traumatic brain injury (TBI), depression, and cardiac disease, were linked to the onset of ALS among Veterans in the study group.

The Military Medicine researchers said neither TBI nor younger age, defined as younger than 45 years old, were associated with ALS among the Veterans studied. Over the 14-year study period (combining definite and possible ALS cases) the prevalence of ALS was similar among Veterans with and without TBI.

The risk of having ALS was 2.2 times more likely among tactical operations officers compared to administrators and general officers.

The study also found a higher rate of ALS in the DoD occupational category that includes health care workers, scientists, and professionals when compared to general officers and administrators. This may represent an earlier diagnosis or better access to care, researchers said.

“This suggests the need for evaluating the role of occupational exposures these personnel are exposed to, such as ionizing radiation, electromagnetic fields, ozone, jet emissions, and noise in the pathogenesis of ALS,” the researchers said.

Electromagnetic fields, high-intensity radar waves, diesel exhaust, and electric shock have previously been reported to be risk factors for ALS.

Other demographic characteristics associated with significantly higher odds of ALS were:

In addition to the need to study the possibility that service-connected occupational exposures may cause ALS, the researchers said the Veterans in the study need future ALS surveillance measures because ALS may develop as Vets age.

What Are VA Presumptive Conditions?

The VA presumes that certain diseases and disabilities among Veterans were caused by military service. If a Veteran is diagnosed with a disease categorized as a presumptive condition, the Veteran can be awarded disability compensation without demonstrating a specific service connection.

The VA has identified about 40 chronic diseases subject to presumptive service connection, including arthritis, cirrhosis of the liver, diabetes mellitus, leukemia, multiple sclerosis, tumors of the brain or spinal cord, or peripheral nerves, and ulcers. As noted above, ALS was added to the list in 2008.

There are additional presumptions for:

How Can a Berry Law Firm Lawyer Help You? 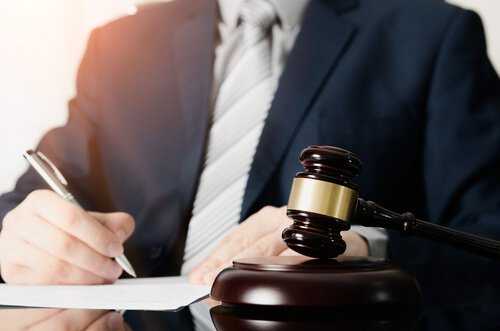 The lawyers at Berry Law are accredited by the VA to represent Veterans appealing disability decisions. Our attorneys have successfully obtained compensation benefits for thousands of Veterans.

A Berry Law attorney can assist you with an appeal to upgrade your VA rating at the Regional Office, the Board of Veterans Appeals, or the Court of Appeals for Veterans’ Claims.

In 2018, the VA’s Office of Inspector General found that the VA had been cutting benefits to some ALS patients and overpaying others. Investigators found a roughly 45 percent error rate among 430 cases reviewed. If necessary, we know how to determine the proper amount of back pay you deserve and can help you obtain it as part of a disability appeal.