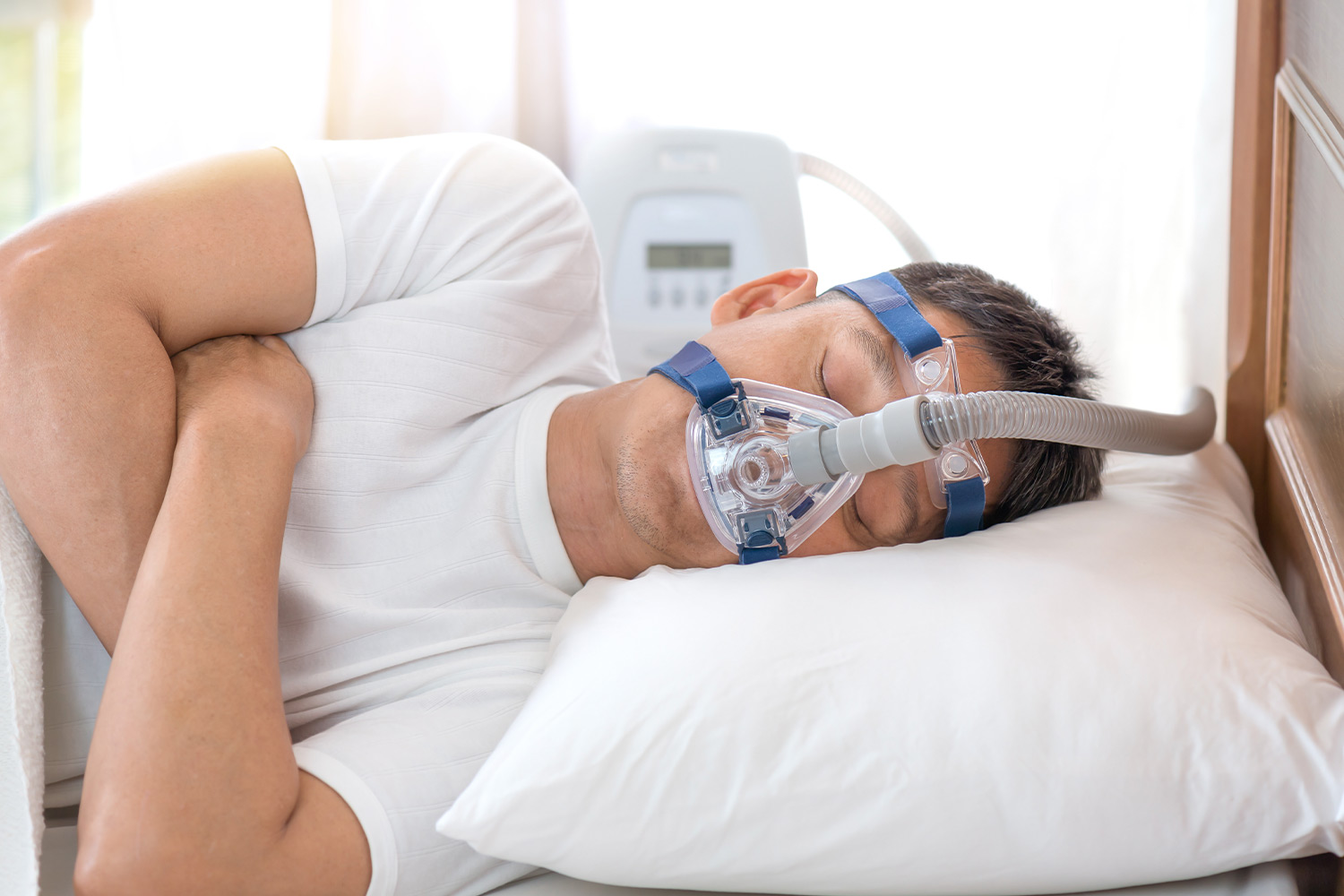 Many Veterans suffer from PTSD. Whether caused by an event, injury, or occurrence during your time in the military, the effects of PTSD can still be there even after a long time.

A multitude of symptoms are signs of PTSD, with some more apparent than others. The important thing when wondering whether or not a symptom is related to PTSD is to pinpoint and recognize it and document any details you can.

This article will go over whether sleep apnea is related to PTSD, and if so, how you can seek treatment. We will also go over how to get compensation for your PTSD if it is a service-related disability.

Many people have probably heard of PTSD, but many do not know what it exactly is. Post-traumatic stress disorder (PTSD) is a mental disorder connected to traumatic events or experiences that one has had in their life. It is common amongst Veterans who have experienced disturbing events during their time in the service.

Veterans in prolonged and intense periods of combat are especially prone to PTSD. There are other causes of PTSD as well, including:

PTSD also does not occur only with those who go off base. Many who never left the forward operating base (FOB) have experienced PTSD.

PTSD is a prevalent disorder amongst those who have served in the military, so there is no shame if you suffer from it.

These numbers show that you are not alone if you have PTSD. Once you recognize some of the symptoms and get a proper diagnosis for PTSD, the next important step is to seek treatment to not progress into something worse.

What Are the Symptoms of PTSD?

Over time, some people recover from their traumatic experiences. However, this is not the case for everybody. For some people, the symptoms may worsen over time. In these cases, treatment is needed to recover from PTSD.

The first step to recovery is recognizing the symptoms. However, sometimes the range of PTSD symptoms can be broad. To help narrow down the symptoms, they usually fall within four main categories.

The first category is reliving. These symptoms include flashbacks, nightmares, or insomnia, to which the Veteran feels as though they are reliving the trauma they experienced.

The second category is avoidance. This is when Veterans try to stay away from people or situations that remind them of a traumatic event. It is common for some people to busy themselves with lots of work, so they do not have to think about the trauma they endured.

The third category is arousal. This is when the Veteran feels jittery or on edge, as if they always have to be aware of any potential danger. These feelings occur most often when the Veteran is in situations that remind them of the event.

The next category is negative thoughts or feelings. Some people with PTSD go through feelings of guilt and shame, while others may feel lost, numb, or alone. This could lead to depression, and in some serious cases, Veterans have suicidal thoughts because of their trauma.

While it’s not clear whether one causes the other, there is a clear link between sleep apnea and PTSD.

Sleep apnea is a disorder where your breathing stops or becomes very shallow. This keeps people from getting the rest they need, and those with sleep apnea often feel tired during the day.

The most common form of sleep apnea is obstructive sleep apnea, where your airways are either blocked or collapse during your sleep. Since sleep apnea keeps one from getting rest and a good night’s sleep, it can make other symptoms of PTSD worse.

If any PTSD symptoms persist longer than a month, you should seek medical treatment for your PTSD. It can be dangerous for those struggling with PTSD to let it go untreated. It often leads to destructive behavior, such as aggressive driving, substance abuse, and drinking heavily.

Is There a Way To Diagnose PTSD?

If you believe you have symptoms of PTSD, it is best to visit a VA medical center or your local doctor and ask for a referral to a mental health professional. From there, you will be able to get a PTSD assessment or screening.

The assessment is highly specialized. It is designed so that the patient does not over-emphasize or de-emphasize their symptoms.

There is a blend of questionnaires and interviews done by medical and psychological professionals. Your spouse, if you have one, is also able to participate in this process.

The goal is to understand how frequently the symptoms occur and at what intensity. It may happen all in one session, or it may occur over multiple sessions.

Making a Claim for Your PTSD

Once your PTSD is diagnosed, it is time to make a claim through the VA. You can fill out VA Form 21-526 in order to apply for benefits.

It is best to give as much detail as possible in your application regarding your PTSD and how it connects to your time in the service. If you have any official reports that describe a certain event or situation that caused your PTSD, make sure to include that in your application.

Buddy statements are a piece of evidence that many Veterans use to help describe the event that caused their service-connected disability or the severity of their symptoms. Buddy statements can be written by fellow service members who witnessed the event or family members and friends who can describe your symptoms in detail.

The writer of a buddy statement must give the most honest account they can. If they do not, they could be subject to fines or punishment.

Once you apply for your benefits, the VA may require you to go to a compensation and pension examination (C&P exam). At this exam, you will go to your local VA medical center and undergo tests to see whether your PTSD is related to your time in the service and how severe your PTSD is. You must go to this exam. If you do not, the VA will likely deny your claim.

If they decide at your C&P exam that your PTSD is not service-related or the VA denies you a C&P exam, then you can do your own Independent Medical Examination (IME).

Applying for benefits through the VA can be a difficult task. With disorders such as PTSD, there are even more complicated steps.

Because applying for benefits and gathering evidence can take a long time and a lot of work, it is best always to have an attorney at your side that can help you along the way. At Berry Law, our experience has led to many Veterans receiving the compensation they deserve while also allowing some of the burden to be taken off from Veterans.

For any more information or questions that you may have concerning VA applications, visit our website.

The Connection Between Sleep Apnea and PTSD | Sleep Foundation