Posted by Berry Law Firm on November 2, 2020 in Mental Health

What is Somatic Symptom Disorder?

Somatic symptom disorder (also referred to as somatization disorder) is characterized by emotional distress due to an unwavering focus on a symptom you are displaying. According to the American Psychiatric Association, somatic symptom disorder involves extreme focus on physical symptom such as pain, shortness of breath, or an elevated heart rate, that results in major distress and leads to problems carrying out your everyday life.

However, it is important to note that the physical symptoms may or may not be linked to a diagnosed medical condition. Regardless, the person is experiencing symptoms and therefore believes they are physically ill.

What are the Symptoms?

Somatic symptom disorder can lead to a variety of symptoms. According to Mayo Clinic, a nonprofit medical research center, symptoms associated with the disorder can be:

No matter the symptom, the key to somatic symptom disorder is the individuals’ dedicated focus on the symptom. Mayo Clinic further explains that these thoughts include:

Since somatic symptom disorder is not caused by a specific disability or injury, there is no known cause. However, it is considered a mental health condition and a litany of factors could play a role, such as:

While this condition is somewhat uncommon, Veterans may suffer from conditions considered risk factors for somatic symptom disorder. Mayo clinic defines the following as risk factors:

When looking at Veterans specifically, it is important to note that anxiety and depression are risk factors. Both are prevalent mental health conditions for prior servicemembers and could be a leading cause of somatic symptom disorder among Veterans.

Veterans looking to receive VA disability for somatic symptom disorder should note that the condition is considered a mental health condition in the Diagnostic and Statistical Manual for Mental Disorders, Fifth Edition (DSM-V).

If a Veteran can prove all three elements listed above, they should receive a disability rating for the condition.

Berry Law is America’s Veterans Law Firm, and your fire support team to battle the VA. The team at Berry Law is committed to helping every Veteran receive all the disability benefits they earned. Why? The firm was founded in 1965 by Vietnam Veteran John Stevens Berry, Sr. Originally focused on criminal defense work, Berry noticed many of his fellow Veterans in legal trouble due to the mental health conditions they developed in service. 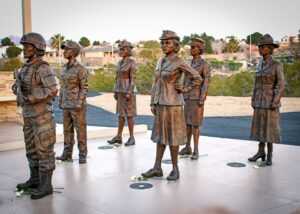