Posted by Berry Law Firm on February 15, 2019 in The Service Connection

It has been brutally cold in Nebraska this Winter. Not the weather I saw in Vietnam, or my sons saw in Iraq and Afghanistan. More like what my cousin, Marine Sgt Robert G. Berry, endured while fighting in Korea. We face the tough seasons, whether in service or later, dealing with the VA, fighting for what is rightfully ours. Shelley said “O Wind, If Winter comes, can Spring be far behind?” We know there are better times ahead, so let’s all keep our chins up, moving forward. Here’s to better days! God bless.

After more than 40 years in the University Place community, Berry Law has moved its Lincoln location to the Meridian Park building at 70th & “O” St. Due to rapid growth in 2018, Berry Law needed additional space to accommodate the full team of attorneys and staff, and has moved its headquarters to:

The new location provides Berry Law the opportunity to better serve its clients and allows for continued growth in 2019 and beyond. While the location has changed, the firm’s values, mission, and commitment to zealously fighting for its clients has remained the same.

Berry Law operated out of its prior location from 1977 to 2019, providing legal service to local, regional, and national clients. The original building was limited to 9 offices, leading to Berry Law’s expansion into the neighboring building in 2015, which doubled its square footage. Rapid growth from 2015-2018 caused the firm to once again outgrow its footprint and lead to the move in early 2019.

Founder John Stevens Berry reminisced about the prior location on the day of the move. “Although I hate to leave the old building, I look forward to new memories and new traditions.” Berry mentioned that one of his favorite facts about the previous location was that it was listed as one of the most haunted buildings in Nebraska due to frequent sightings of an apparition that was believed to be Mort Johnson, a regular of the bank that originally occupied the location.

The new Lincoln office continues Berry Law’s growth across Nebraska. In 2018, Berry Law moved its Omaha, NE, office into a larger facility to accommodate growth in Omaha as well, and for several years Berry Law has maintained a prominent office across from the courthouse in Seward, NE. The new facility also aids Berry Law with its mission to serve Veterans nationwide, and to serve clients of all needs throughout the Plains and Midwest.

An important court ruling was recently announced that could have a significant impact on the disability eligibility of “Blue Water” Navy Veterans. Blue Water Veterans are Navy Veterans who served in the territorial waters around the Republic of Vietnam, but not necessarily in inland bodies of water (like the riverine forces or “Brown Water Navy”). The recent decision by the Federal Court of Appeals in the case of Procopio v. Wilkie is likely to extend benefits and presumptive evidence to blue water sailors in a way that previously only applied to brown water sailors.

Unfortunately, Blue Water Navy Veterans that endured exposure to Agent Orange historically had their claims rejected by the VA, regardless of the evidence that they were affected. All Navy ships manufacture potable drinking water from sea water and lack the capacity to carry more than a small supply of water from one place to another. Consequently, the water stores were replenished almost daily in the waters around Vietnam. In the process of desalinating the water, dioxin was not removed, establishing a pathway for chemical exposure among sailors.
Nevertheless, while anyone with boots on the ground qualified for the presumption of exposure, tens of thousands of Navy Veterans had been excluded from VA benefits related to Agent Orange exposure during the Vietnam war.

Veteran Alfred Procopio, Jr., filed a claim seeking service-connected disability benefits for disabilities relating to agent orange. Procopio served in the Blue Water Navy in the coastal waters of Vietnam and never set foot on Vietnamese soil. After the VA initially denied the claim for service-connection, the Federal Circuit issued an order to hear the Procopio v. Wilkie matter en banc to make a decision. On January 29th, 2019, the Federal Circuit issued a ruling in favor of Procopio. The Federal Circuit reversed and remanded the previous decision of the CAVC, noting that:

With Mr. Procopio’s recent success, Blue Water Navy Veterans should become entitled to the same presumptions of exposure that benefit other Veterans of Vietnam. The stakes are high for Veterans with long standing conditions. With the recent ruling in the Procopio case, it appears that things are beginning to move in the direction of granting benefits to these Veterans and positive results should be coming soon.

Because of the high volume of calls we receive each day, it remains difficult to answer each call as it comes in. We remain committed to returning all calls within 24 hours and are proud that our staff challenges themselves to keep it under 4 hours whenever possible. Because of this commitment and the size of our staff, we find that some clients may speak to multiple different staff members when communicating with us.

o help match you with your attorney/staff team more quickly, we have introduced direct lines to the individual staff groups. This should help ensure you speak with someone who is working on your case.

If your designated lawyer or advocate is:

Berry Law is excited to announce that John S. Berry, Jr., and Berry Law have been selected as the outright winners of the “Military and Veteran Law – Lawyer of the Year – USA” award from the Lawyer Monthly Legal Awards 2018. It is an honor to be recognized in the practice area of Military and Veteran Law, and we are pleased to see that our commitment to assisting Veterans with their legal needs has gained international acclaim. 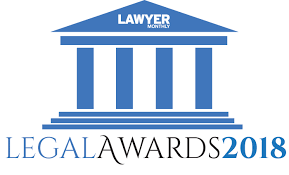 The Lawyer Monthly Legal Awards 2018 recognizes the achievements of law firms, lawyers, counsel, and those connected to the legal world who have a proven track record in delivering results for their clients over the past twelve months. The awards are divided into individual and firm categories. Each category has been selected to represent the diversity of skills and knowledge that the profession has to offer clients.

The voting process took place over a two-month period and included roughly 21,000 readers of the magazine along with over 179,587 individuals in their readership database. There is only one winner chosen per year for each category in the entire country, and we feel fortunate that it has been given to the firm.

The Lawyer Monthly Legal Awards nominates and selects its outright winners based off their ten-item list of criteria. The criteria used for the nomination process are meant to cover all aspects of the business to ensure that the company chosen is well-rounded in its distinct category.

Legal monthly awards are granted to attorneys across the globe and we are humbled to have been chosen for such a distinct award, the “Military and Veteran Law – Lawyer of the Year – USA.” We are deeply grateful for the recognition from the organization. Our team is committed to assisting Veterans nationwide, and it is a great honor to receive an award while aiding our Veteran clients in fighting their next battle.

In October 1962, my destroyer, USS Warington DD843, was on blockade duty of Cuba. We were tasked with intercepting the Russian ships taking contraband into Cuba.

Upon approaching a Russian Freighter informing them we intend to board, they ignored our request. Given time, it was decided to fire a warning shot, a 5” high explosive, across their bow. That shot got their attention.

I had the privilege of triggering that shot. We waited for hours before the destroyer USS Kennedy did the actual boarding. In the meantime, we heard voices from the females on the freighter, inviting us over.

Needless to say, we did turn back that freighter and others in their column. The blockade did its job.

Service Dog of the Quarter

Coby, service dog of Chris Luna, is a real joy. Coby helps Chris by assisting him in a wide variety of tasks, from guiding Chris to picking up anything Chris drops to being a loyal companion. Coby is somewhat of a local celebrity and is known by almost everyone at his local church and nearly all of the technicians at the local clinic.