Posted by Berry Law Firm on May 25, 2019 in Veterans Appeals 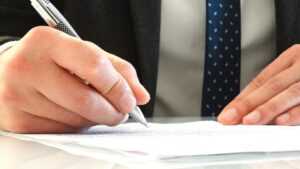 On February 19, 2019, the Appeals Modernization Act went into effect.  The act changes how Veterans file new claims and appeal denied claims.  Most importantly, new forms need to be used to file and appeal most claims.  Below is the list of forms you now need to use.

The 526ez is still the standard form used to file a claim for a condition that have not yet filed for benefits.  This form should also suffice for a claim for increased benefits, though, you should include evidence of why your rating should be increased.

If the VA denied your claim but you do not have any new evidence to submit, you will use this form.  The VA will reconsider your claim under a “higher-level review.”

Rather than having to first appeal your claim to the same Regional Office which initially denied your claim, which was the case under the legacy system, you can now appeal your claim straight to the Board of Veterans’ Appeals (BVA) with this form.  This form is the new Notice of Disagreement (NOD). When appealing to the Board, you can elect a Direct Review (you are not submitting new evidence), Additional Evidence Review (you plan on submitting more evidence), or, you can elect to have a hearing before an Administrative Law Judge.

Forms that are Going Away

The following forms, while still used for now, are no longer applicable for decisions issued on or after February 19, 2019.

This was the old “supplemental claim” form.  It was a simpler form than the 526ez, and could be used to file any new claim or claim for increased ratings.

Under the legacy appeals system, If an NOD was filed and the decision was denied a second time, the VA would issue a Statement of the Case (SOC).  The SOC was appealed to the Board via a VAF-9.  The SOC should also disappear in the near future.

Which Appeal Should I File?

The nature of your claim and the availability of evidence will determine what route you take to appeal your claim.  If you have new evidence and the issue is not complex, you may want to appeal with a 0995.  If there is no new evidence, then you should use a 0996.  If the issue is more complex, a direct appeal to the Board with a 10182 may make more sense; though there are advantages to letting the Regional Office give the claim a second look before you appeal to the Board.  You should discuss with your VSO or attorney which option may be best for your claim.

At Berry Law, we are committed to helping fellow Veterans receive the disability compensation they are entitled to. If you have been denied disability benefits or were rated too low by the VA, please contact our team today to schedule a free case evaluation.

Navigating the Appeal Process at the U.S. Court of Appeals for Veterans Claims (CAVC)