How Migraines Secondary to Anxiety

Posted by Berry Law Firm on December 4, 2020 in Mental Health

Many Veterans suffer from migraines. According to the Department of Veterans affairs, approximately 36% of Veterans who served in Iraq for more than a year were diagnosed with migraines or showed symptoms. Although migraines are common, most Veterans do not realize they can receive VA disability compensation for the condition, especially if they also suffer from anxiety. However, they would need to get service connection for migraines secondary to anxiety.

What is a Migraine?

Migraines are intensely painful headaches that may be accompanied by symptoms such as nausea, dizziness, or sensitivity to light and sounds. These symptoms can be completely incapacitating and can last anywhere from a few hours to several days.

Migraines generally occur in up to four phases beginning with prodome, which begins several days before the actual migraine begins. During this stage, the individual may notice a change in mood, neck stiffness, constipation, food cravings, or increased thirst and urination.

The next phase is generally aura, which can consist of visual disturbances such as flashes of light and blind spots, as well as tingling in the face, arms or legs, or sensory and auditory disturbances.

The third stage is the migraine itself, which can be experienced as a throbbing or pulsating pain, nausea, sensory sensitivity, pain on one side of the head, or fainting.

Finally, the fourth phase is post-drome, which is when the individual feels a sense of exhaustion, confusion, or continued dizziness and sensory sensitivity.

What is a Secondary Condition?

Getting Service Connection for Migraines Secondary to Anxiety

Migraines are a common disability among Veterans, but many don’t know they may be able to get disability benefits for migraines as secondary to a service connected psychological condition, such as anxiety.

While scientists are not yet in agreement regarding whether migraines cause anxiety or anxiety causes migraines, there is undoubtedly a connection between the two. As such, a Veteran who has suffered a TBI or suffers from a psychological condition could become service connected for migraines secondary to anxiety.

How Does the VA Rate Migraines Secondary to Anxiety?

Berry Law is America’s Veterans law firm, and your fire support team to fight the VA. If you applied for VA compensation for migraines secondary to anxiety and were denied, we can help you appeal. With a team full of Veterans, we have the experience you need to get your claim approved. Contact Berry Law today to schedule a free case evaluation with a member of our team. 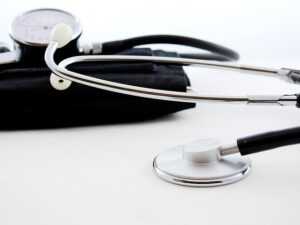