Learn How to Reopen a VA Disability Claim

Posted by Berry Law Firm on December 26, 2020 in Veterans Benefits

Many Veterans contact our firm to see if we can help them appeal their VA claim. One of the first questions we ask is, “What was the date of your last rating decision?” For some Veterans trying to receive their due compensation from the VA, this may not seem like an important detail. However, the VA has strict timelines and timetables for Veterans trying to appeal their VA rating decision. If you miss an appeal deadline, that does not mean that the claims can no longer be pursued. Instead, your claim must first be re-opened for consideration by the VA.

Reacting to a Rating Decision in a Timely Manner

In February 2019, the Department of Veterans Affairs (VA) implemented the Appeals Modernization Act (AMA). This new appeals scheme provided several changes to the VA’s disability benefits process. Previously, under the old “Legacy” system, a Veteran who applied for benefits and was denied had one year from the date of the decision to file a ‘Notice of Disagreement.’ The VA would then review the case and, if the claims were still denied, the VA would send a ‘Statement of the Case’ providing further detail on the denial. The Veteran then had 60 days to file a ‘Substantive Appeal’ to the Board of Veterans’ Appeals.

In the new AMA system, the VA has generally done away with the different time limitations in favor of a standard appeal window of one year. Now, a veteran has one year from the date of the decision to appeal a denial, just as before. The difference in the AMA system is that instead of issuing a ‘Statement of the Case’, the VA will simply issue another Rating Decision and the Veteran has a one-year window in which to appeal.

What if my Rating Decision is more than one year old?

For rating decisions that are more than one year old, and for all Legacy claims that were not appealed within the appeals timeline, if a Veteran wants to continue pursuing the claims, they must submit a VA Form 20-0995 “Supplemental Claim” and must provide ‘new and relevant’ evidence in support of that claim.

Evidence is considered ‘new’ when it was not previously considered by the VA adjudicator. This can be anything from VA treatment records created after the last denial to photographs you may have taken while on active duty that you found in your attic. The general rule is that if the VA hasn’t seen it, it is likely ‘new’ evidence.

The more difficult standard is whether your ‘new’ evidence meets the ‘relevance’ requirement. The U.S. Court of Appeals for the Federal Circuit recently held in Kisor v. Wilkie, 969 F.3d 1333 (Fed. Cir. 2020), that evidence is ‘relevant’ when it speaks to a matter in issue and tends to prove a fact of consequence. What this means in simple terms is that for evidence to be ‘relevant’ it has to address at least one reason for the VA’s previous denial.

For example, let’s say a Veteran submitted a claim for sleep apnea and was denied by the VA because there was no diagnosis of sleep apnea and the VA found no relationship (nexus) to service. More than one year passes and the Veteran does not appeal. The Veteran then decides that they want to reopen this claim and continue pursuit of service connection. The Veteran fills out a VA Form 20-0995 and lists recent primary care records as the new evidence, but those records do not show a diagnosis of sleep apnea. In this case, the VA will likely find that those records, while ‘new’, were not ‘relevant’ and will send a new rating decision informing the Veteran that the VA is not reopening the claim.

Instead, suppose our Veteran had a sleep study done and received results showing a sleep apnea diagnosis, and submitted those results to the VA along with the VA Form 20-0995. In this case, the VA would likely re-open the claim, as the ‘new’ evidence directly addresses a reason for the previous denial – in this case a lack of diagnosis. Therefore, this evidence is ‘relevant’.

It is worth noting that even in the second situation, the VA may still deny service connection if the record does not show a relationship to military service.

When you Can Reopen a Claim

Veterans are allowed to reopen any claim where the VA’s decision was made final. Basically, there are two different times a Veteran can reopen their claim:

To reopen a VA disability claim, the claim must be eligible. Claims that are eligible to be reopened have a final decision, meaning the timeline to appeal the decision has passed or the claim has gone through the entire VA appeals process. On top of that, the claim must be one of the following:

Upon submitting this form with new and material evidence, your VA claim will once again be reviewed. After the VA reviews all the new evidence in support of the prior claim, a new decision will be issued.

In order for the VA to reopen a VA disability claim, you must supply them with new and material evidence. Although this wording may seem confusing, it is very straightforward.

New evidence means that you must submit evidence to the VA that was not given to them during the prior filing process. This must be the first time the evidence was submitted to the VA.

Any redundant information will not be considered by the VA. Making sure the evidence you submit meets both of these criteria will guarantee that the VA reopens your claim. If the VA concludes that the evidence submitted is new and material, your claim will be reopened.

The effective date for a reopened claim will be the date you filed a request to have the claim reopened. So, all backpay will go back to the date you applied to have your claim reopened. This means that missing the appeal deadline could cost you thousands of dollars in backpay awards. That is why it is so important to always appeal your claims on time. Doing so preserves your effective date and ensures you receive the full disability compensation available.

Using the example above, our Veteran first filed for sleep apnea in January 2015 and was denied in March 2015 but did not appeal. As of March 2016, that denial is now ‘final’. If the Veteran filed a VA Form 20-0995 in August 2019 and was granted service connection for sleep apnea in a January 2020 decision, the effective date of that grant should only go back to August 2019 – the date the reopened claim was filed.

There are some circumstances in which a prior ‘final’ decision can be overturned. However, this is very case-specific and includes situations such as ‘Clear and Unmistakable Error’ and if new service records are found which were not previously associated with your claims file. These situations are better addressed in other blog posts.

Once the VA issues a new rating decision, you may not be satisfied with their decision. What happens if your reopened VA claim is denied? Are your chances of receiving benefits gone? No, they are not. You still have the opportunity to appeal any decision made on a reopened claim. If you need assistance appealing your reopened claim, contact Berry Law.

Berry Law is a Veteran owned and operated firm that is committed to helping Veteran’s nationwide, and your fire support team to battle the VA. Our team has experience assisting Veterans in appealing VA denials or rating decisions that were too low. If you or somebody you know needs assistance appealing a VA rating decision, contact Berry Law–America’s Veterans Law Firm. 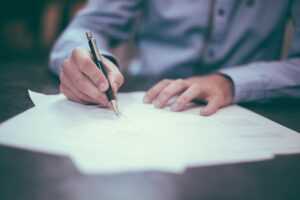