Posted by Berry Law Firm on July 24, 2020 in Veterans Disability

One of the most dangerous places to work in the United States Navy and Marine Corps is the flight deck of an aircraft carrier or amphibious assault ship. Veterans who worked on an aircraft carrier or an amphibious assault ship must keep their “head on a swivel” while at sea. Not only are these ships moving at 8-12 knots, but they are constantly pitching and rolling as they move. On top of that, aircraft are constantly taking off and landing. Night ops also present many additional challenges.

Most Common Types of Disabilities

Veterans who served on these massive ships were likely exposed to certain working conditions and factors that make them more prone to certain disabilities than other Veterans. The most common types of VA disabilities we see for flight deck personnel include:

Veterans working on aircraft carriers and amphibious assault ships were likely exposed to many different chemicals and exhaust from the aircraft. Exposure to these harmful chemicals could lead to a variety of respiratory conditions in the future.

Sleep disorders are a major problem for all Veterans, regardless of where they were stationed. In fact, Veterans are far more likely than their civilian counterparts to develop sleep apnea. While approximately 5% of civilians in America suffer from sleep apnea, approximately 20% of Veterans suffer from the disorder.

The irregularity of servicemen and servicewomen’s sleep schedule make them more prone to develop some form of sleep disorder. Veterans who worked night ops could be dealing with insomnia or sleep apnea.

The loud noises on a flight deck make flight deck personnel vulnerable to hearing problems after service. For example, the loud noise of the engines and jet blasts could cause bilateral hearing loss, even when hearing protection is used. Tinnitus, a continual ringing in your ears, is also common among Veterans.

The hard, non-skid flight decks could also cause many different disabilities, especially when you consider the boots Veterans wore while on the flight deck. It is common for flight deck personnel to develop some sort of foot injury related to the walking surface and shoes they wore. Veterans may develop plantar fasciitis or pes planus while working on a flight deck.

Veterans may also develop injuries related to slips or falls on a flight deck. These slips could lead to a variety of different calf, ankle, and foot injuries.

Skin conditions are also prevalent among Veterans who regularly worked with harmful chemicals. Exposure to these chemicals could lead to rashes and other skin conditions in the future.

The stress of active duty can lead to many different mental health conditions. Veterans exposed to traumatic events may later develop PTSD. A Veteran could also develop anxiety or depression after leaving service.

Veterans who served as flight deck personnel on an aircraft carrier or an amphibious assault ship were exposed to many factors on a daily basis that could lead to a disability later in life. The longer the Veterans were at sea, the more likely an injury or accident could occur. However, Veterans who developed a disability due to service are entitled to disability compensation.

If you are a Veteran and you were denied disability benefits by the VA or given a low disability rating, Berry Law can help you appeal. Our team features attorneys from the Army, Navy, Air Force, and Marine Corps, and we are committed to providing fellow Veterans the legal firepower they need to get their VA claim approved. Contact Berry Law today for a free case evaluation. 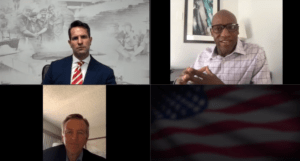 Can the VA Take Away Your Gun Rights? Increased Ratings for Neck or Back Claims – Pending Court Case