Posted by Berry Law on October 26, 2018 in Increase Rating

Today I spoke with a Veteran who has been a client of our firm for approximately five years. During the first year of representation, he received a backpay award of almost $50,000. However, after reviewing the rating decision, it was clear the VA should have increased his rating and service-connected him for IU (individual unemployability). We continued the fight for three more years, resulting in a very large 6-figure backpay award for the Veteran.

The conversation I have with most Veterans who are frustrated with the VA is that they are tired of fighting and they just don’t have the energy or time to deal with the VA. My response is, “We will fight the battle with you.”

One common theme I have seen in cases where we represent a Veteran who receives an immediate backpay award that is not enough is that, at some point, the Veteran considers abandoning the claim. The reasons range from exhaustion, too much paperwork, or they just can’t deal with it anymore. We know this feeling all to well. However, it is extremely important that Veterans continue to fight for their VA disability benefits for the following reasons:

A father and son were walking down a beach in Florida after a hurricane. There were thousands of starfish on the beach. As the father and son walked by, they saw an old man throwing starfish back in the ocean. The father asked the old man, “You realize there are thousands of starfish on this beach. How do you know that what you are doing is making a difference?” The old man looked up as he threw a starfish back into the ocean and said, “That one made a difference.”

Sometimes a Veteran fighting for their benefits and sharing their story with other Veterans is enough support to convince a fellow warrior not to give up, to keep fighting, and to not be defeated by a bad VA decision.

In some cases, it is important to keep fighting for your VA benefits. Often in life we fail, we get knocked down. But, as Veterans, we know when we fail we must fail forward and get better. We know that when we get knocked down, we must get back up. We learned very early in the military how to deal with disappointment and failure. We learned to persevere and to fight. If you have been denied VA disability benefits and need to appeal or have received an unfair rating from the VA, I encourage you to stand up and fight for your rights and appeal that decision. 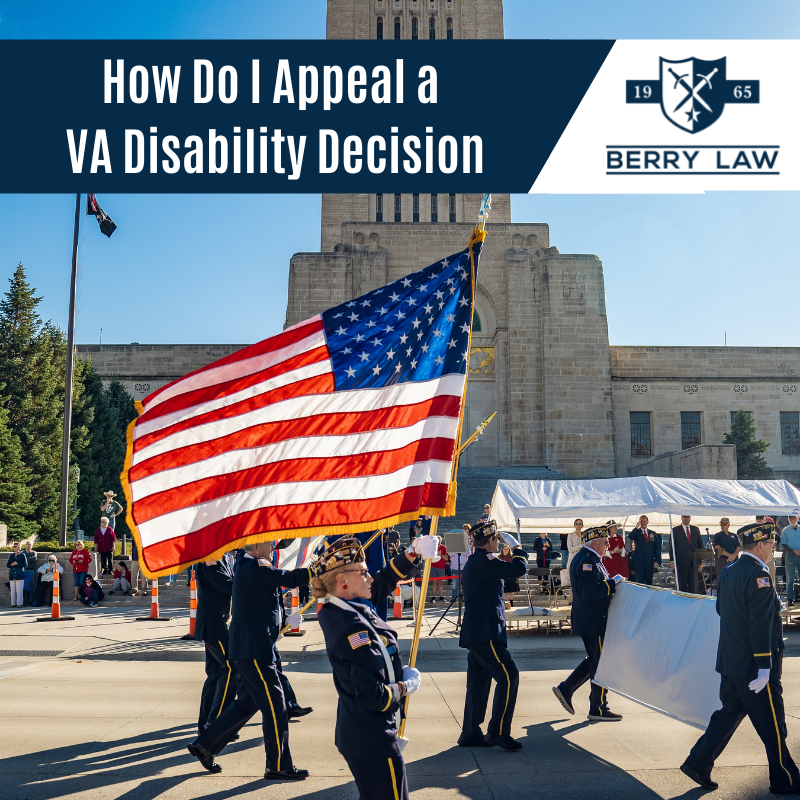