What are the Symptoms of PTSD

Posted by Berry Law on October 24, 2016 in Veterans Appeals

In some instances, PTSD can be diagnosed shortly after a traumatic event, in other instances it may take years for a veteran to display sufficient symptoms to obtain a PTSD diagnosis. If the veteran is displaying symptoms of PTSD continuously for more than one month immediately following the incident, the veteran will likely qualify for an immediate diagnosis. Often, however, PTSD symptoms do not manifest immediately. The symptoms may be dormant or nonexistent for an extended period of time only to be triggered by another event years later without warning.

An individual may experience symptoms of PTSD such as:

Difficulty sleeping, concentrating, maintaining interests or communicating with others are common early signs of PTSD.

It is a natural tendency for an individual to not acknowledge the severity of their post-traumatic stress, and to try and manage it on their own. However, oftentimes veterans underestimate the ripple effect that PTSD will have, due to its ongoing and often unpredictable nature. If unacknowledged and untreated, individuals may create bad habits to self-treat the symptoms of PTSD:

PTSD can affect a veterans ability to hold a job or maintain relationships. Some veterans with severe PTSD are entitled to Total Disability based on Individual Unemployability (TDIU). This means that the veterans symptoms are so severe that he cannot maintain gainful employment even if his disability rating for PTSD is less than 100%. The TDIU concept makes perfect sense when a veteran’s disability rating is only at 70% but his PTSD symptoms make it impossible for him to deal with customers, co-workers, and supervisors. A stressful, busy and crowded work environment may aggravate PTSD symptoms.

Feelings of isolation and hopelessness are very common symptoms amongst individuals affected by PTSD. Because of this, many veterans become discouraged by the V.A. disability approval process, or do not seek out any disability compensation at all despite the severe impact that the disorder has on their day to day lives. Many veterans also do not know that they have the right to retain legal representation to help them throughout this process. Attorneys generally get involved when the VA denies a veterans claim for PTSD or other disabilities related to military service.

Veterans who suffer from Post-Traumatic Stress are entitled to compensation from the V.A. for that very real disability. When a veteran is denied disability compensation for PTSD, he or she may appeal the VA’s decision.

Are you receiving the veterans’ disability compensation you are entitled to receive by law? If you need assistance appealing VA Rating Decisions for mental health conditions or physical disabilities that occurred in service, please contact Berry Law Firm 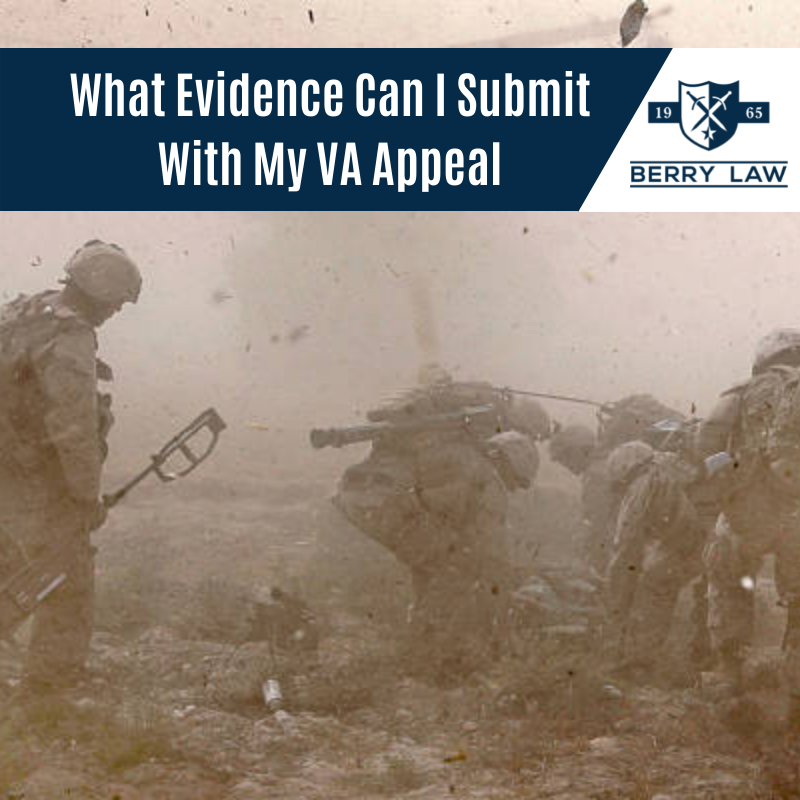