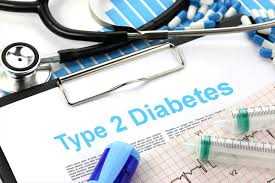 Posted by Berry Law on July 9, 2020 in Veterans Disability

What is Type 2 Diabetes?

Mayo clinic defines type 2 diabetes as a chronic illness that changes the way your body metabolizes sugar. Individuals suffering from type 2 diabetes resist the normal effects of insulin. This causes the pancreas to make extra insulin to keep a normal blood sugar level, which could eventually lead to pancreas failure.

As previously mentioned, obesity is the number 1 cause of diabetes in the world. However, many other risk factors could increase the chance of developing type 2 diabetes, including:

How Do I Get Disability Compensation for Type 2 Diabetes from Agent Orange?

Veterans with type 2 diabetes due to Agent Orange exposure are entitled to disability compensation. Normally, a Veteran will need to prove 3 things to receive service connection from the Department of Veterans Affairs (VA):

Berry Law has assisted thousands of Veterans with disability claim appeals, and we have successfully recovered over $200 million in back pay awards for fellow Veterans. If you need help appealing your VA claim, contact Berry Law for a free case evaluation.