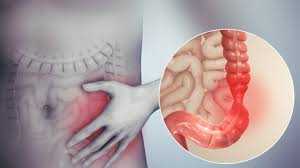 Posted by Berry Law on July 24, 2021 in Veterans Disability

Veterans who served in Operation Desert Shield and Operation Desert Storm dealt with a lot of different environmental issues that may have led to disabilities like irritable bowel syndrome (IBS) later in life. Many Veterans who returned from the Gulf War displayed chronic, unexplained symptoms like fatigue, headaches, joint pain, indigestion, insomnia, dizziness, and respiratory problems. These symptoms are now associated with Gulf War Syndrome, which refers to a cluster of unexplained symptoms associated with service in the Gulf War. One of the more common conditions for Gulf War Veterans is irritable bowel syndrome.

What is Irritable Bowel Syndrome

According to Mayo Clinic, a nonprofit academic medical center, irritable bowel syndrome (also referred to as IBS) is a chronic condition that affects the large intestine. Sometimes referred to as spastic colon, irritable colon, mucous colitis, and spastic colitis, IBS is fairly common for both Veterans and civilians alike. Approximately 3-20% of Americans experience some form of IBS symptoms.

What are the Symptoms of IBS?

There are a wide array of symptoms related to irritable bowel syndrome. Some of the most common IBS symptoms include:

The exact cause of irritable bowel syndrome is still unknown, but certain things may play a role. For example, muscle contractions in the intestine could lead to IBS, as contractions can cause bloating and diarrhea. Nervous system issues could also lead to IBS. Other possible causes include inflammation in the intestines, severe infection, and changes in bacteria in the gut.

Usually, IBS is triggered by environmental factors. Mayo Clinic states that IBS can be triggered by food, stress, and hormonal changes.

There are also risk factors associated with IBS. IBS is more common among:

Veterans who served in the Gulf War are likely dealing with chronic symptoms related to Gulf War Illness. These Veterans are entitled to disability compensation for the disabilities that were caused by service. If you served in Operation Desert Shield or Operation Desert Storm and are suffering from IBS, you are entitled to disability benefits. If you were denied disability compensation by the VA and need assistance appealing, contact the Veteran appeals attorneys at Berry Law for a free case evaluation.