Chronic Fatigue Syndrome (CFS) is commonly seen in Gulf War Veterans, but it is certainly not limited to this group. Unfortunately, it is one of the most difficult disabilities to diagnose and prove, making it even more challenging for Veterans to receive disability compensation from the VA. The primary symptoms of CFS are lingering exhaustion and tiredness that can last for years after a Veteran has finished their time in the military.

CFS is often referred to under the umbrella of Gulf War Syndrome. Many Gulf War Veterans returned from their time serving in the military exhibiting CFS symptoms, and many of these Veterans also continue to struggle with other troubling symptoms.

Other Symptoms of Gulf War Syndrome that often accompany CFS are:

Gulf War Veterans often suffer these symptoms alongside Chronic Fatigue Syndrome. The combination of these symptoms, often referred to as Gulf War Syndrome, is described by the VA as a “Chronic Multisymptom Illness.” The VA views these symptoms as grounds for receiving disability compensation if a Veteran can establish a connection between their symptoms and their military service.

Because Gulf War Syndrome and CFS can be so difficult for the VA to assess and diagnose, many Veterans may find their disability claims denied. The VA denies claims based on several factors, but one of the most common is insufficient medical evidence.

In some situations, Chronic Fatigue Syndrome can be difficult to medically verify. However, that does not mean you should be denied the benefits that you deserve. If the VA has denied you benefits for CFS, you can make an appeal and prompt the VA to review their decision regarding your claim.

Often, we hear from Veterans who have already filed their own appeals or received a denial notice leading them to feel discouraged from the process entirely. However, we urge Veterans to keep their appeals open and maintain their effective date to ensure they receive all the disability compensation they are entitled to. In this blog, we will look at why CFS is a challenging disability to qualify for and how we can potentially help ease and increase your odds throughout the appeals process.

Because the VA recognizes that Chronic Fatigue Syndrome is a presumptive condition for Gulf War Veterans, there is a lesser level of evidence they must provide the VA to receive service connection. Typically, a Veteran must provide the VA with three critical pieces of information to receive VA disability compensation:

The first and most vital step in the process is establishing or providing evidence of a valid diagnosis of CFS through a licensed medical practitioner. However, CFS cases are not held to the same standard of proof necessary to establish service connection that most other VA disability claims are held to. According to the VA, Chronic Fatigue Syndrome “must have emerged during active duty in the Southwest Asia theater of military operations by December 31, 2021, and be at least 10 percent disabling” in order to meet the basic qualifications necessary to apply for a CFS-related disability rating.

Additional requirements specified by the VA include debilitating fatigue severe enough to reduce daily activity to less than 50% of the usual level for at least six months in addition to having all other conditions with similar symptoms being ruled out by physical examinations and lab tests.  Moreover, you must have six or more of the following symptoms:

Because the VA places specific requirements on Veterans with CFS, there are numerous pitfalls that a Veteran can run into when filing a claim for disability benefits. Unfortunately, without sticking to the VA’s requirements, you are likely to have your claim denied and end up without the disability benefits that you need and deserve. To avoid a denial of your claim, present the VA with as much medical evidence as possible to verify a link between your symptoms and your military service.

Obtaining a Rating Once Diagnosed

Once you’ve received a certified doctor’s diagnosis confirming you have CFS and it falls within the parameters of service connectivity, the next step will be ensuring the rating assigned to your disability claim is fair and satisfactory. The VA rates CFS based upon the amount of time you are incapacitatedand the percentage of reduction in activity caused by it.

The VA pays attention to how Chronic Fatigue Syndrome affects a Veteran’s life. If your disability has hindered you from working, maintaining healthy relationships with friends and family, or completing everyday tasks, the VA is more likely to view your condition as significantly disabling. The more your CFS and other Gulf War Syndrome symptoms affect your life, the higher your disability rating is likely to be.

Unlike most disability ratings given by the VA, CFS ratings are restricted to 5 levels as opposed to the 10 level increments normally available. The rating scale is as follows:

What If My Rating Is Too Low?

In some cases, the VA will approve a disability claim for Chronic Fatigue Syndrome but will not give a Veteran a disability rating that is high enough. If you received a 10% disability rating but feel that you deserved to be rated at 40%, for example, you can appeal the VA’s decision and request a review of your claim.

The appeals process involves a decision review, in which the VA may accept additional evidence that can lead to a higher rating. Sometimes, depending on the appeal lane you choose, the VA may pass your claim to a senior official for another review. Going through the appeals process with an experienced attorney could increase your chances of getting a favorable outcome in your claim.

An Independent Medical Examination Can Change The Outcome Of Your Claim

If you receive a low disability rating from the VA, you may be able to get your rating changed by presenting further medical evidence. One of the best ways to make a strong case for getting a higher disability rating is to get an independent medical examination (IME).

An independent medical examination involves an evaluation by a doctor who is not affiliated with the VA. When you get an IME, your doctor will review your military records and perform any necessary tests to establish a stronger connection between your disability and your military service. These can be extremely effective if you visit your family doctor who has treated your condition over time and understands the effects of your disability on your life.

During the VA appeals process, you can also submit additional evidence that can lead to a better outcome for your claim. If specific military records might play a role in the VA’s review of your claim, these records can and should be presented as evidence in support of your claim. Your attorney can help you find and compile military documentation that can help make a strong case for the VA to change their decision.

Any time you’re attempting to receive service-connected disability compensation, it may seem stressful and overwhelming. That’s why having a well-versed team on your side can make a world of difference. Not only can it drastically increase your chances of obtaining a more favorable rating, but it’ll also help to take some of that stress off your shoulders.

A skilled attorney can help you navigate the VA appeals process from start to finish. Making an appeal on your own can be overwhelming and difficult, but with an attorney’s help, the process is much simpler. Many of Berry Law’s dedicated lawyers are Veterans themselves. Our team understands the struggle that many Veterans go through when trying to get the compensation they deserve from the VA.

Our team will fight for you through the entire appeals process, starting at your regional VA office and moving to higher courts if necessary. Throughout making an appeal, one of our lawyers can help you compile evidence, make statements, and present a strong case to the VA. You shouldn’t have to go through the process of making an appeal alone – with a Berry Law attorney on your team, you’ll have the firepower you need to get the support that you need from the VA.

Contact Berry Law today at (888) 883-2483 to get in touch with one of our experienced VA disability lawyers and take the next step in your fight for disability compensation. 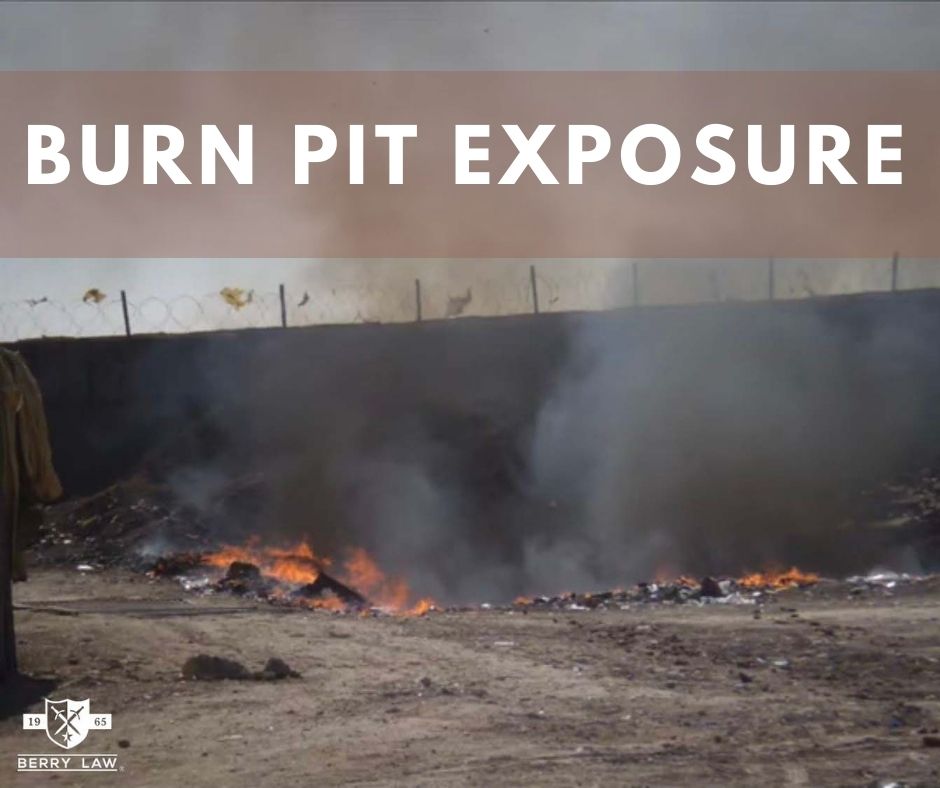