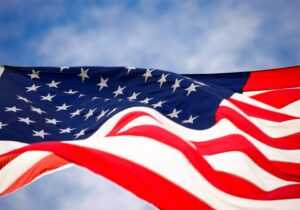 When the VA diagnoses disabilities, there are a lot of different methods they can use to look at a claim to evaluate its merits. Frequently, Veterans will seek a presumption from the VA that their disability was caused by service. Presumptive conditions are defined by the VA based on data and scientific evidence from other Veterans’ disabilities. But not all conditions are presumptive. What are a Veteran’s options then?

Evaluating on a Direct Basis

The VA is required to evaluate disabilities on a direct basis when they cannot form a presumed basis. Some examples of presumed conditions are:

For all disabilities that do not meet the presumptive standard, the VA is still required to review the case on a direct basis. For example, although there is no presumption of service connection at this time for kidney cancer following exposure to Agent Orange, it is acknowledged that where the evidence does not warrant presumptive service connection, the Veteran may still establish service connection with proof of direct causation. (See Combee v. Brown, 34 F.3d 1039).

Even though there has not been any clear documentation that exposure to Agent Orange is a direct cause of renal cell carcinoma; it has been shown to be a carcinogenic agent in a number of other cancers in humans outside of the presumptive list. Therefore, it would seem plausible and reasonable to assume that Agent Orange exposure could lead to renal cell carcinoma in a select individual. A “clear” cause-effect relationship between renal cancer and Agent Orange exposure has not been shown. However, the Veteran is not required to show evidence of a “clear” cause-effect relationship. The Veteran need only show that it is at least as likely as not (the standard for review) that a relationship exists.

There are many examples of the VA incorrectly denying claims based on the erroneous thinking that if the disability isn’t presumed that it cannot be caused or connected to service. However, the VA has also presented its own evidence that supports the claims of Veterans.

In 1990, Admiral Zumwalt Jr. wrote the Report to the Secretary of the Department of Veterans Affairs on the Association Between Adverse Health Effects and Exposure to Agent Orange. After reviewing all the scientific literature, he concluded that it is at least as likely as not that there is a relationship between exposure to Agent Orange and cancer of the kidneys. Admiral Zumwalt, Jr. goes on to state that Agent Orange was used in concentrations 6 to 25 times the manufacturer’s suggested rate.

Using the VA’s own literature to prove the likelihood of a direct connection can be a very satisfying way for Veterans to win their case!

When your VA disability isn’t a presumptive condition, you may struggle with the VA to receive your due compensation. Our team of attorneys has extensive experience appealing claims to the VA, and we do so in a professional and confidential manner. If you or somebody you know has been denied VA disability or would like to appeal their decision, contact our team at 888-883-2483 today for a free consultation. Even with Pain, Still No Gain