Posted by Jerusha Hancock on March 22, 2019 in Veterans Claims Do I qualify for VA compensation? This is sometimes difficult to answer, and the laws can be tricky to navigate. First, we should establish what the official definition is of a Veteran for benefits purposes. The federal law states that a Veteran is any person who served honorably on active duty in the armed forces of the United States, including at least 90 days in a wartime or 181 days during peacetime, and that the person was discharged under general or honorable conditions.

What are the different types of active military service?

Full time Active Duty status involves being on alert or available for duty 24 hours per day, seven days out of the week, with the exception of being on leave or having authorized time off. Part time service would include those who alternate between being on duty and being off duty; for example, one weekend per month and two weeks a year or, in some cases, serving one week per quarter.

Part term service is usually performed through the Reserves or National Guard.  The primary difference between Reserve units and the National Guard is that the federal government has primary authority over the various Reserve units (aka “Title 10 Forces”) and the state or local government has primary authority over the majority of National Guard units (“Title 32 Forces”). State or local government officials may call up members of their respective National Guard units for active duty in the event of a state or local emergency, but this time does not count toward veteran’s benefits eligibility. On the other hand, if the President or Secretary of State calls upon members for federal duty, then that duty would count toward their service requirement.

Eligibility can also be obtained by being an Individual Ready Reserves (IRR).  While these members do not participate in regular monthly training, they are eligible to be recalled, and any time recalled to Active Duty can count toward their service requirement for veteran benefits.

What types of Reserve Duty qualify as Active Service?

When is an Active Duty Injury Service Connected?

Any injury or worsening of a condition that occurred while on active duty can be service connected and does not even have to occur while on duty. In the line of duty injuries happen while you are actively on military duty. For example, if you get to work on Monday morning slip and fall coming into the building, becoming unconscious and injuring your back, this would be an injury incurred in the line of duty. Another example would be if you deployed to Iraq and came under heavy mortar fire and some of the shrapnel hits you in the leg. This event could cause you to have issues with anxiety in addition to the physical injury that you sustained to your leg, and you would be entitled to VA disability compensation.

Injuries suffered while not in the line of duty can also be service connected if they happen while you are on active duty. An example of this would be if you were assigned to your new unit and decided to go sightseeing around the area. You left the base and someone ran a red light hitting you head on. Any injuries sustained from this accident could be service connected. The VA has updated this regulation to show that any injury or aggravation of an existing condition that happens between your accession into the military until your discharge from the military can be considered “in the line of duty” even if it is not during the duty day.

The major exception is for “willful misconduct.”  Any injuries that are the result of deliberate or intentional wrongdoing can invalidate their service connection.  The VA has taken into account that alcoholism due to stress of duty does not necessarily create the circumstances for willful misconduct, and the VA does not automatically disqualify injuries if they are based on minor technicalities in laws.  For instance, driving 38 MPH in a 35 MPH speed zone on the way to the base does not immediately invalidate the service connection of injuries sustained in an accident.  However, driving 60 MPH in the same 35 MPH speed zone may cross the threshold into being wanton and reckless behavior, and thus the injury may not be considered service connected.

When Are Injuries for Part Time Duty Service Connected?

Another example would be if you had always made top scores for your PFT, PRT, AFPFT or CGFA and you were working on your run time. Last year you beat a Master Sergeant in your group and you want to ensure that you beat him again. While training, the track was wet and traction was not ideal but you just bought new running shoes and thought it would be all right. You had run on this track a million times before. The run went great until you rounded the last corner, slipped and fell and you broke your ankle. Even though you were training for a military required physical fitness test, the injury would not be service connected because it occurred while not in a duty status.  On the other hand, if the exact same scenario occurred during a Drill Weekend, the injury would be able to be considered service connected.

The biggest issue that we face with claims before the VA is connecting the injury to service. If you were injured on duty or during active status, there must be medical evidence to support when it happened. This is why going to medical for an injury or ailment is so important. The argument for VA disability compensation becomes very difficult to make if the connection between service and the injury cannot be firmly established.

Our goal is to ensure that every Veteran is fairly compensated for any condition that he or she may have incurred while on active duty status. This may be during the duty day, while TDY for training, or during off duty hours. If you feel that you have a service-connected condition and are not happy with your rating or denial from the VA, please give one of our intake specialists a call at 888-883-2483 to see if we can help.

Jerusha Hancock is a VA disability attorney that fights for the rights of Veterans across the country, focusing her practice on VA disability benefits. She is the lead attorney for Berry Law’s VA practice, and her focus is on appealing unfavorable VA decisions. Jerusha grew up in a military family, and her father is the third of three generations of Veterans. She also has a history of legal experience in the healthcare industry, and she utilizes her experience to help Veterans navigate the often-confusing VA appeals process. 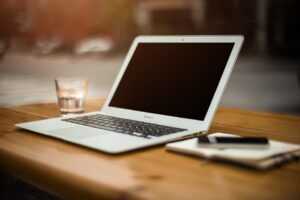