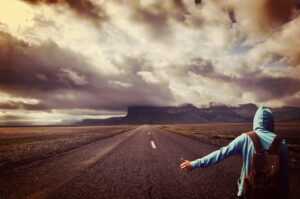 According to a recent study conducted at the Case Western Reserve University Department of Psychological Sciences, there is a distinct link between PTSD and depression. In fact, about 50 percent of those who suffer from post traumatic stress disorder (PTSD) also suffer from symptoms of major depressive disorder. Prior to this study, experts estimated that anywhere from 20 to 80 percent of those suffering from PTSD also suffered from major depressive disorder (MDD).

The findings are based on a comprehensive analysis of 57 studies covering data collected from 6,670 people. Researchers evaluated approximately 1,500 studies involving both civilians and military personnel with PTSD and depression. They narrowed down the studies in their analysis to include only those that offered peer-reviewed data about patients who had suffered some sort of physical trauma.

The CWRU study is important because it may open the door to new comprehensive, personalized treatment options for those with PTSD. Too often, when the relationship between two disorders is not well understood, it can lead to incorrect diagnoses. For example, previously, healthcare professionals were more likely to identify MDD in women who suffered from PTSD than they were men. This recent study proves that both genders suffer from PTSD and depression equally. Unfortunately, the belief that women with PTSD were more likely to suffer from MDD led to many men with both disorders being undiagnosed.

Source: Science Daily, “Half of those diagnosed with PTSD also suffer from depression,” June 4, 2013.