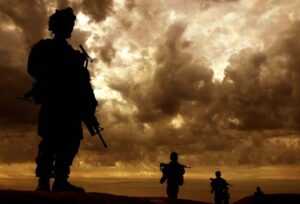 Military combat can produce a number of physical and mental medical effects. Some conditions become apparent very quickly, but others don’t surface until months — or even years — after service is completed. Vietnam War veterans living in Nebraska are likely aware of the long-term effects of being exposed to Agent Orange, an herbicidal chemical used in many operations.

A recently released study delved deeper into one of the known effects of exposure to this chemical. Because Agent Orange contained dioxin, a serious carcinogen, those who were exposed have been known to develop virulent cancer. This particular study found that military personnel exposure to the chemical is linked to particularly aggressive forms of prostate cancer at a younger-than-average age.

The medical survey of veterans found that, on average, those exposed to Agent Orange contracted prostate cancer five years earlier than those who weren’t exposed to the chemical. To make matters more concerning, the cancer cases associated with chemical exposure were more likely to include aggressive, fast-growing tumors.

Interestingly enough, this study was critiqued. One researcher noted that it may not be sufficient to simply ask veterans if they were exposed to Agent Orange. This point underlies similar concerns many Lancaster veterans might encounter when they are trying to file an exposure-related disability claim with the Department of Veterans Affairs.

Like any other veterans disability claim, those related to Agent Orange can be complicated. The landmark Nehmer decision of 1991 outlined steps for veterans to take if they are affected by the dangerous chemical. One of the critical components of these claims is to make sure that veterans can establish that they served in areas where Agent Orange was used.

Even though the VA has established practices for handling Agent Orange claims — and has handled thousands of them — the process can still be frustrating without the right knowledge. As such, Vietnam veterans looking to be compensated for illnesses may benefit from exploring all available legal options.