Posted by Berry Law Firm on July 8, 2021 in Mental Health Active duty military members are more susceptible to sleep disorders, such as sleep apnea. The causes of sleep apnea in military members and Veterans can be related to toxin exposure—such as smoke from burn pits—trauma, both physical and mental, and weight gain secondary to disabilities that prevent exercise, among other things.

The answer is yes, and we will discuss some of the conditions caused by sleep apnea below:

It’s no surprise that lack of sleep can cause mental health problems. Anyone who has ever slogged through a day of work after spending a night caring for a sick child can attest to that. However, sleep apnea appears to be linked to more than just transitory or situational depression. Studies have shown sleep apnea to be associated with several diagnosable mental health conditions, including clinical depression, anxiety, bipolar disorder, and even schizophrenia.

To understand how to connect different disabilities, it is essential to first understand the concept of secondary conditions. These are conditions that occur over the course of time due to a previously existing condition. These conditions must be caused by something that is already a military service-connected injury, experience, or negative health condition. Often, these can be minor wounds or problems that develop over time due to the Veterans disability of another appendage or mental health state. These are very important to recognize and diagnose because small conditions can add up to help a lot of Veterans in their daily lives through disability compensation and other benefits.

Sleep apnea can also worsen pre-existing mental health conditions, particularly attention deficit disorder. Disrupted sleep is known to wreak havoc on a person’s attention span, so the effect on a person with an attention disorder can be even greater. People with mild depression can suddenly find that sleep apnea has worsened their symptoms, including severe symptoms such as violent behavior or even suicidal ideation.

Hypertension occurs when someone has excessively high blood pressure. The symptoms that occur alongside hypertension often include having headaches, nosebleeds, and shortness of breath. However, due to these symptoms not being specific to hypertension, it is very important to get one’s blood pressure regularly tested to ensure that they are at a normal and healthy level. It is very critical to be made aware if there are potential concerns with hypertension.

Ensuring one’s blood pressure is at an acceptable level ensures that the body is at peak function, with minimal risk of various diseases. Getting tested is fairly simple. If there are any problems that seem to relate to hypertension and sleep apnea, it is very important to look into finding out if hypertension is a secondary service connection to sleep apnea, compared to a direct service connection.

Migraines are recurring, incredibly painful, and often highly debilitating headaches. These can cause disturbances in one’s daily life and their ability to do work to the highest degree. A migraine can often leave its victim incapacitated from pain and hypersensitivity and largely unable to move. These are very painful experiences and can often bring a whole host of other side effects, including nausea, weakness, and extreme sensitivity to light and sound. It can be very difficult to function as a victim of chronic migraines, and it is essential to try and find the cause and solution to the migraines as fast as possible.

The American Migraine Foundation has reported that people with migraines are between 2 and 8 times more likely to experience sleep disorders than the general public. This means that people who struggle with sleep disorders and sleep apnea have a higher risk of chronic migraines, which would potentially account for a secondary basis in the eyes of the Department of Veterans Affairs. It’s critical for Veterans who need help to reach out to the VA and see if their condition is worth disability compensation for the toll that migraines can take when at work.

Several factors are contributing to the increased likelihood. Sleep apnea has been identified as a risk factor for daily chronic headaches, particularly those that occur in the morning. Additionally, irregular sleep is a common trigger for migraines, meaning that those people susceptible to migraines will experience them far more often if they have sleep apnea.

Diabetes is a disease where the blood sugar inside of the body is too high. This is caused by the body creating an inadequate amount of insulin, which helps the sugar in the bloodstream to create energy for the body. When there isn’t enough, or any insulin, the body will keep the sugar, also known as glucose, in the bloodstream, which can link to a whole host of health issues. As time goes on, the excessive glucose in the bloodstream can damage the eyes, heart, kidneys, and nerves. These health issues are incredibly damaging, so diabetes needs to be dealt with as quickly as possible to ensure that the disease progresses as little as possible.

Diabetes is often caused by problems with obesity, which is the condition of having too much excess weight on the body. It can be harmful to many areas of the body, as well as causing heart problems and conditions that link to shorter lifespans. Certain types of sleep apnea is often linked to obesity because the stress and inability to properly rest and maintain a stable metabolism cause issues in many other areas of the body. These problems can all come together to create issues that are often very negative and very dangerous.

While diabetes is usually considered to be linked to sleep apnea through obesity, the two conditions may be more closely related than previously explored. Recent studies have reported that sleep apnea alters glucose metabolism, promotes insulin resistance, and may even cause type 2 diabetes. Even if sleep apnea does not cause diabetes per se, it has increased the condition’s severity.

Many men with sleep apnea also find that they develop a loss of sexual function. A German study in 2009 found that the majority of male participants with sleep apnea also had erectile dysfunction. While studies have not been able to explain why the two conditions are linked, it appears that sleep deprivation may be the key factor. Men’s bodies produce insufficient testosterone when sleep-deprived, which results in decreased sexual function. 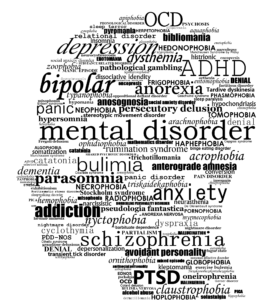