Posted by Berry Law Firm on November 9, 2018 in Uncategorized 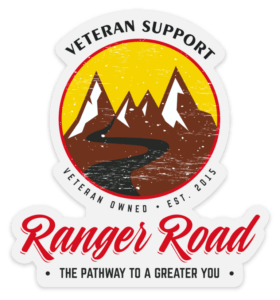 Disabled Veterans face many different issues as they try to find their place in the world after their military career ends. Wounds carried from service to the civilian world can affect them in many ways, whether the wounds are visible or not. It can affect their job search, relationships, and even simple things such as going to the grocery store or other crowded places. Even when Veterans realize the struggles that they are facing, it may seem to be an insurmountable task to overcome them. Finding help can be a difficult task for Veterans, as there are many different places to go and it is uncertain what will be a good fit. Finding a group of like-minded individuals who understand the struggles that they are facing that can guide them in the right direction can help many disabled Veterans start their healing process. That is where Ranger Road comes in.

Ranger Road was founded by Mikhail Venikov, an Army Ranger, Police Officer, and MMA fighter. Mikhail immigrated from the former Soviet Union to the United States, and his passion and patriotism for the United States showed when he joined the Army and became a Ranger in the 2nd Battalion of the 75th Ranger Regiment. After Mikhail separated from the Army, he began to see his friends and many other Veterans struggle once they got out of the military. He began to look for ways to help them adjust to their new life. He believed the bond and camaraderie that military members form while in the service is something that should continue once veterans separate from the military. He knew that getting veterans together with other veterans that understood the struggles that they were facing could help them in ways that other veteran services could not. This is when Mikhail founded Ranger Road.

Ranger Road brings Veterans with disabilities, visible and non-visible, together with other individuals who understand them and can help push them in the right direction. They are brought together by various sports and outdoor activities, including scuba diving, skydiving, mountain biking, MMA, fishing, hunting, and numerous other activities. Once Veterans get to know the people around them and begin to feel more comfortable, they often seek help. Veterans may be struggling with their marriage, their job, or might find themselves in a difficult housing situation. This is when the volunteers at Ranger Road can step in and direct them to other non-profits to help them overcome their struggles and get on the right path.

Mikhail and Ranger Road visit Walter Reed Hospital once a month to bond with Veterans and provide workouts that promote healing and recovery during their difficult process. Ranger Road hosts fifteen to twenty large events throughout the United States every year, including in Georgia, Texas, and Washington D.C. They go to where Veterans are and find out what they need. If Veterans do not have the ability to pay to attend an event, Ranger Road will occasionally sponsor the Veterans and their families for the event by paying for their flight, hotel, food, and other travel expenses. Ranger Road prides themselves in making sure that 100% of all donations go to help Veterans in need. All the workers serve on a volunteer basis, realizing that the mission of this organization is to help Veterans.

On December 1st, Ranger Road is going to Sonoma Raceway, where Veterans are provided the opportunity to race around the track. They have also teamed up with the Professional Fight League, offering trips for Veterans and their loved ones to attend various Professional Fight League fights all over the United States. Ranger Road has also teamed up with the Veterans Justice Outreach to help Veterans that struggle with their transition and end up in the justice system. Veterans in the justice system that are often suffering from PTSD, TBIs, substance abuse issues, and other cognitive problems can attend the Shadow Arts Program with the help of Ranger Road, providing them with cognitive-based physical activities to meet court requirements.

To learn more about Ranger Road and how they assist Veterans throughout the United States, click here.