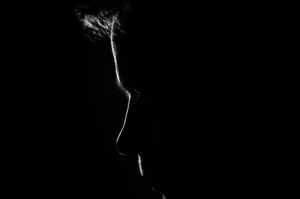 by Christopher Ferdico, Attorney at Law and US Army Veteran

A quick internet search will tell you that the chances of being hit by lightning in any particular year is 1 in 700,000.   The odds of being bitten by a shark are about 1 in 1,000,000.  The odds of winning the Powerball jackpot are about 1 in 300,000,000.  Given these probabilities, we can, from an intellectual standpoint, say that “expecting” any of these things is an act of futility.

Statistics, however, are a funny thing.  You see, each of these things, while of seemingly low likelihood, are all certain to happen.  This Spring, someone will get hit by lightning.  This summer, someone will get bitten by a shark.  And, we all know, lots of people will win lottery jackpots this year.  Given these facts, from an intellectual standpoint, it would seem that probability is more about certainty than uncertainty.

And so it goes for Veterans with PTSD.  The paradox of certainty in spite of probability is what drives our hyper-alertness.  I bet if you ask anyone who has won the lottery, been struck by lightning or attacked by a shark, they don’t give a rip about probability.  To them, it is reality.  To us, the likelihood of a mass shooting, of a terrorist attack, or a random act of crime, is not about probabilities—it is about the certainty that it will happen.  That is what drives us towards our compulsive rituals and other symptoms of PTSD.

Yet, despite this reality, we are counseled about probability.  We are told to focus on the odds of it not happening.  For me, this has not worked.  In fact, my mind hasn’t been able to wrap itself around this concept despite years of counseling.  In fact, it was only very recently that I began to understand why.   You could say, the paradox of certainty hit me like a bolt of lightning.

Think about it.  We were programmed to be this way.  We have been molded from the same clay that molded centuries of warriors before us.  We were trained that every morning you wake up before sun rise, make your peace, man the line, and wait for the attack.   This ritual we call “stand to” is foreign to the public at large.  Of course, the public at large wasn’t worried about the fact that centuries of warfare was initiated in the dim light of dawn and dusk.  It wasn’t relevant that an attack might not happen right then—but an attack was certain nonetheless.

When the morning light appeared, and when it became clear that there would be no attack, we were trained to remain alert because we still weren’t safe.  How many times were we warned about complacency while deployed?  As a leader, I stressed that complacency kills.  As a follower, it was stressed to me that complacency kills.  We lived by the motto “train as you fight” and that meant be ready for anything.  When the balloon went up, and our generation got in the fight, we faced the brutal reality that our training wasn’t happenstance.

During the invasion of Iraq, it took about 30 seconds after crossing the berm to understand the importance of being ready for anything.  We weren’t in Kansas anymore, and the trail of destruction was north to Baghdad.  Later on, I’m sure most of us remember seeing that first Humvee that was crushed like a pop-can.  When the reality of IEDs meant “anything” could be buried underground, hidden in a dead animal, or mounted to an underpass.  When we left the wire being “ready for anything” wasn’t merely a snappy Boy Scout motto, it was the difference between life and death.  When we got back to base, it was no better.  There we merely took turns guarding the wire to be “ready for anything.”  Replace the word “Iraq” with the word “Afghanistan” and the difference is moot.  The bare truth is that the moment “anything” happened, we didn’t care about statistics or probabilities.  It became our reality and our certainty.

So then, why are we just supposed to “un-ring” the bell and pretend that statistics matter?  We know the truth about the crazed enemy that is out there, right now, plotting our demise.  That is not a probability—it is a certainty.  The probability that I will face this enemy again seems stupendously unimportant.   Shouldn’t it be?  Shouldn’t I be getting ready for a fight that is certain to happen?  That is, after all, what the Army spent so much time training me to do.

Of course, I am neither a psychiatrist nor a psychologist and I certainly didn’t stay at a Holiday Inn Express last night.  I do not write this to be pessimistic or suggest that we are destined to be imprisoned by our PTSD.  I write this for three reasons.  First, I write this in the hopes that you will find out that you are not alone–that the fact this stuff is hard doesn’t make you crazy.  Second, I am hoping to find out that I am neither alone nor crazy.  Most importantly (and assuming I am correct about my second motivation), I hope that my realization can give you the words to help explain this paradox to those who can help us.  We need those people to figure out how to help us.  Either way, we are in this together! 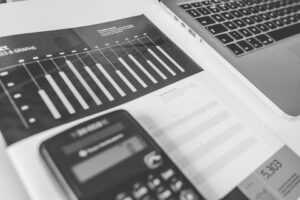 Understanding the Rating System A veteran’s ability to continue working while suffering from PTSD is dependent upon the severity, frequency and duration of the symptoms experienced. To qualify for TDIU (total disability based on individual unemployability) on a schedular basis, veterans must show: they have a rating of at least…