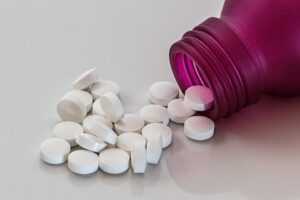 For many war veterans who suffer from PTSD, or post-traumatic stress disorder, every day can be a struggle. Luckily, researchers are stepping up to discover new methods for combating this form of mental illness. In fact, they have found that a drug may help veterans who suffer from PTSD. The drug, which inhibits HDAC2, may eventually help veterans overcome their traumatic memories.

According to a study that was published in Cell, a respected medical journal, neuroscientists experimented with the new drug on rats. They stated that inhibiting HDAC2 activity in the rats allowed them to physically change the brain’s structure. Ultimately, the drug caused the rats’ brains to become more plastic and able to form memories that were newer and stronger than the memories of traumatic experiences.

While the drug could potentially become a method for PTSD treatment in humans in the future, the researchers did note, however, that the older the memory, the harder the memory was to eliminate. Further, it is unknown if the memory of the traumatic experience is actually modified or if the memory is completely overwritten by a new memory. It was not stated if there is a known estimated timeline for making the drug available for human use.

While it used to be poorly understood, PTSD has come to be recognized as a medical condition that can have a major impact on a veteran’s daily life. Those who develop PTSD as a result of the time they spent in dangerous conditions may be eligible to receive certain benefits from the VA. However, many veterans find that their claims are rejected even though they are legitimately suffering from the psychiatric disorder. A VA attorney may be able to help veterans obtain the benefits to which they are entitled.

The Best Way to Get 100 Percent VA Disability Rating