In order to be eligible for Agent Orange disability benefits, a Veteran who served in Korea must meet the service requirements put forth by the VA. They must be able to show that they served in Korea between April 1, 1968, and August 31, 1971. These are the dates that the VA recognizes the use of Agent Orange in Korea. They will also need to show that their unit was at or near the Korean demilitarized zone (DMZ) because , again, this is where the VA recognizes the use of Agent Orange. On top of that, A Veteran must also present an adequate medical opinion which diagnoses them with a condition that is presumptively related to Agent Orange, such as type II diabetes mellitus, ischemic heart disease, Parkinson’s disease, or other various forms of cancer. When you apply for these benefits, the VA and Department of Defense will determine whether or not you had qualifying service on or near the DMZ.

Denied Agent Orange Claims for those in Korea

It is important to realize that the VA often denies these Agent Orange claims initially. Veterans who served just before or just after that time period, those who were not officially assigned to one of the units known to have been exposed to Agent Orange, those who were temporarily assigned without official orders, or those who have been diagnosed with a condition not considered presumptive, will have a harder fight on their hands.

However, just because a Veteran is not entitled to presumptive service connection does not mean that they cannot get service connected for their disability. A Veteran may establish direct exposure to Agent Orange with lay statements, buddy statements from fellow service members or other family members, or nexus statements from doctors. Although these forms of evidence may seem unusual, they have proven to be very important in helping a Veteran receive disability compensation. For example, if a Veteran wrote a letter home talking about his time on the DMZ, and he was there on temporary orders, he may be able to get service-connected for Agent Orange related conditions because of the evidence provided in the letter. Maps and unit records can also help establish exposure, as can pictures.

Berry Law Firm was founded by a Vietnam Veteran and currently features attorneys from all 4 branches of the military. We understand what is needed for the VA to grant service connection and we know how to help you get your claim approved. If you have been denied disability benefits from the VA or received a rating that was too low, please contact our skilled Veterans disability attorneys today to schedule a free case evaluation. 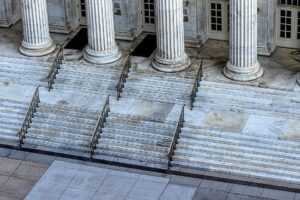