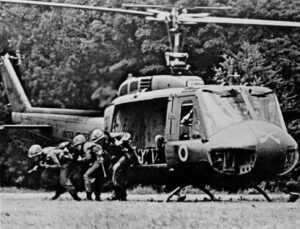 Agent orange and disability claims often go hand-in-hand. Agent Orange is virtually synonymous with the American presence in Vietnam during the Vietnam War, but it is also an enormous problem for veterans who were stationed elsewhere during that conflict. It took years before the federal government admitted the existence and use of the toxic chemical in Vietnam, but the Department of Defense continues to deny that it was used in Guam. Unfortunately, many veterans who claim to have been actively involved in the use of the pesticide while serving on that island now suffer from its effects. Federal officials first began to acknowledge that the widely-used pesticide was a health hazard beginning in 1970 but it took several years before it was banned by the Environmental Protection Agency.

One Guam veteran was recently able to convince the Veterans Administration that he was entitled to medical benefits as a consequence of his exposure to Agent Orange. Others like him have been less fortunate and their claims are rarely approved. Of the 270 Agent Orange and disability claims filed by Guam veterans, only 10 have been granted.

The legal situation for some Agent Orange victims improved in 1991 as a result of a district court case. A veteran previously denied compensation may re-apply and receive benefits retroactive to the date he was originally denied coverage for military diseases traceable to the chemical.

A veteran who has become disabled or otherwise suffers from a disease attributable to his period of service may wish to consult with an attorney that is experienced in dealing with veterans’ affairs. That attorney may be able to determine whether the veteran is entitled to benefits from the Veterans Administration as compensation for the damages caused by the illness.