Posted by Berry Law on January 28, 2021 in Veterans Claims

Applying for and receiving VA disability compensation from the VA can be a difficult and confusing process for Veterans. One question the attorneys and staff on our team often hear from Veterans applying for disability benefits is, “Have you or any of the Veterans on your team been through the VA claims process?” The simple answer is yes.

With over 25 Veterans on our team, we have a large collection of attorneys and staff that have gone through the VA claims process themselves and now have service-connected disabilities. Many of the Veterans on our team have a VA disability rating, and many have gone through the same overwhelming, confusing VA disability process that you are going through right now.

Back in 1998 when John completed Army Ranger School, he fell off the side of a mountain and injured his left shoulder. He later deployed to Iraq, and upon returning from deployment he was encouraged to go the VA to discuss any potential injuries from service. John had documentation in his record of the left shoulder injury. The problem was that his right shoulder was bothering him. According to John, it was likely due to wearing all of his gear, his other shoulder injury, and things gradually getting worse over time.

Those of you who have done a lot of Ruck Marches know what it is like to take your ruck off and feel the pain in your shoulder after a long day, sometimes accompanied by a tingling sensation in your arm. For John, the tingling feeling never went away in his right arm.

After visiting the VA, John received an initial rating of 10% in his left shoulder, the one that was injured after his fall in Ranger School. The problem is his right shoulder was bothering him, and his right arm was actually 1 inch smaller than his left. He asked about his right arm, but the VA doctors told him the injury was likely related to stress.

So, John went back in and had another doctor evaluate it and received a 0% rating for his right shoulder. That is when John really learned firsthand how Veterans don’t get fair treatment from the VA.

It was clear that John had an injury to his right shoulder, but the VA at first thought it was stress and rated it lower than his left shoulder, which didn’t make much sense.

Getting Pushed to Go to the VA

At the time John was going through the VA claims process, he had already represented a lot of Veterans in their fight for disability benefits. However, John didn’t want to go to the VA. He didn’t think he had time to go to the VA.

Luckily his father, Berry Law founder and Vietnam Veteran John Stevens Berry Sr., convinced him otherwise. Berry Sr. was exposed to Agent Orange in Vietnam and had been through the VA claims process himself. John recalled his dad stating, “If you are going to be a leader, you have to lead by example.” To lead by example, John needed to know what all other Veterans were going through when navigating the VA system so he could better serve them in the future.

In the end, John went back to the VA and opted not to go through with surgery due to the potential for paralysis as it required surgery on his vertebrae. However, he did go through the process. John knows what it means to go to the VA, file the forms, and receive a confusing rating decision because he thought his injury was clear.

John and many other Veterans on our team know what it means to go through the VA claims process to get the benefits they deserve. At Berry Law, we have the team and experience needed to help you get the disability compensation you earned.

We are dedicated to helping fellow Veterans in their fight for disability benefits. Berry Law is America’s Veterans Law Firm, and your fire support team to battle the VA. Featuring attorneys from the Army, Navy, Air Force, and Marine Corps, we are well-equipped to handle your VA appeal. Contact Berry Law today to schedule a free case evaluation with a member of our team. 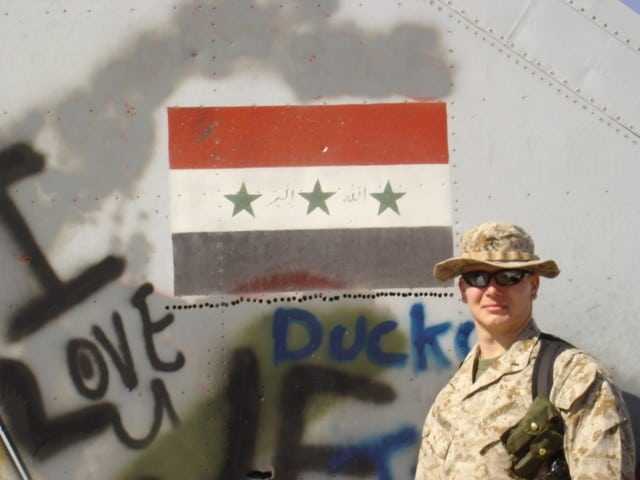