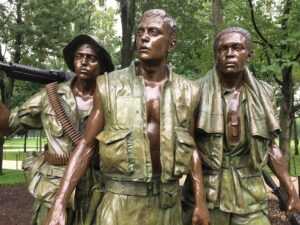 Two research studies that would affect over 190,000 Veterans is delayed even further due to the COVID-19 pandemic. The Vietnam Era Health Retrospective Observational Study and the Vietnam Era Mortality Study which look to add bladder cancer, hypothyroidism or hypertension, and parkinsonism to the list of presumptive conditions for Agent Orange exposure have been delayed again, despite plans for the research to be released in 2020. Now, research results are not expected until 2021.

This delay came after previous research studies, testimony from lawmakers, and pushback from the VA on whether or not to add the disabilities to the list of presumptive conditions. This delay will affect thousands of Vietnam-era Veterans who were exposed to herbicide agents during the Vietnam war. Around 34,000 Vietnam-era Veterans exposed to herbicides were later diagnosed with bladder cancer, parkinsonism, or hypothyroidism. Additionally, around 156,000 Vietnam-era Veterans exposed to the herbicide agents have been diagnosed with hypertension. Without those disabilities on the presumptive condition list, it makes it more difficult for Veterans to receive proper compensation for those conditions.

The delay of the research studies generated bipartisan efforts from Senate lawmakers to add three disabilities to the presumptive list of Agent Orange diseases: bladder cancer, hypothyroidism, and Parkinson’s. United States Senator and ranking member of the Senate Veterans’ Affairs Committee, John Tester (D-MT), and 45 other senators urged VA officials to amend the 2021 National Defense Authorization Act to add the three conditions on to the list of presumptive conditions for Agent Orange exposure.

In 2016, the National Academies of Sciences, Engineering and Medicine linked the three disabilities to herbicides that were used in the war. However, the Department of Veterans Affairs had concerns with the report and will not make a decision until the new studies are released. The VA estimates between $11.2 and $15.2 billion will be needed to provide compensation to affected Veterans.

During his presidential campaign, President-Elect Joe Biden campaigned on the promise to expand the presumptive condition list to include bladder cancer, Parkinson conditions, and hypothyroidism. With the start of a new administration beginning January 2021, pressure will be on the new administration to expand benefits for Agent Orange presumptive conditions.

For presumptive service connection, the Veteran must provide proof of:

Veterans who served in Vietnam or served aboard ships in the open waters off the coast of Vietnam, between January 9, 1962, and May 7, 1975, are presumed to have been exposed to Agent Orange.

Berry Law is America’s Veterans Law Firm, and your fire support team to battle the VA. If you were denied disability benefits by the VA or need assistance appealing an unfavorable decision, Berry Law can help. We have attorneys from the Army, Navy, Air Force, and Marine Corps, and we are committed to helping fellow Veterans.

Founded in 1965 by a Vietnam Veteran, we have been fighting for the rights of Veterans for over 50 years. Contact Berry Law today to schedule a free consultation with a legal professional on our team today.