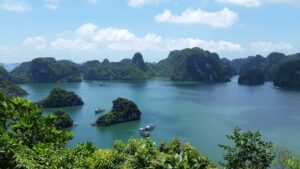 Last month, the H.R. 299 Blue Water Navy Vietnam Veterans Act was unanimously approved by the House of Representatives and is now waiting for a vote by the Senate.

Currently, only Veterans who can show that they were “boots on ground” in Vietnam or served aboard in a vessel that traversed the inland waterways, could receive presumptive service connection for Agent Orange related conditions.

In April 2015, the Court of Appeals for Veterans Claims ruled that the VA policy of excluding bays and harbors from the definition of inland waters, presumption of exposure was irrational, arbitrary and capricious. The VA was ordered to reevaluate its definition of inland waterways – particularly as it applies to Da Nang Harbor – and exercise its fair and considered judgement to define inland waterways in a manner consistent with the regulation’s emphasis on the probability of exposure.

What caused the contamination?

In Da Nang harbor, drainage ditches, overspray and contaminated river water are blamed for Agent Orange infiltration. A special committee of the Institute of Medicine (IOM) confirmed that dioxin infiltration into the bays, harbors and seas of Vietnam was a “plausible pathway” of exposure. This resulted in an enhanced level of dioxin being released into the ship’s potable water tanks, where it was used for hydration, cooking, cleaning, showering, food preparation and laundry.

Some Veterans who served in Korea near the Demilitarized Zone could get presumptive service connection. Other Vietnam-era Veterans would need to demonstrate direct exposure to Agent Orange, something that is incredibly difficult to do.

What is the future of the bill?

The bill must still be passed by the Senate and signed by the President. It would extend the presumption of exposure to Agent Orange to all Veterans who “served offshore of the Republic of Vietnam during the period beginning on January 9, 1962, and ending on May 7, 1975 unless there is affirmative evidence to establish that the Veterans was not exposed” during service.

In addition, the bill establishes the effective date as the date the claim was originally filed. The bill further defines “offshore” to mean not more than 12 nautical miles from Vietnam.

Obviously, if passed, this bill would provide benefits to thousands of Vietnam-era Veterans who seek benefits for exposure to Agent Orange. We do not have a time frame for when the bill might come to a vote in the Senate, but we will be monitoring the situation closely.

Of course, Blue Water Navy Veterans are only the tip of the spear. Veterans may have been exposure to dioxin in places such as Guam, Thailand, Laos, Cambodia, Panama, Korea and even stateside bases.

If you have a VA disability claim that has been denied, Berry Law Firm may be able to help. We have been successfully representing Veterans for decades. Contact us today for a free evaluation. 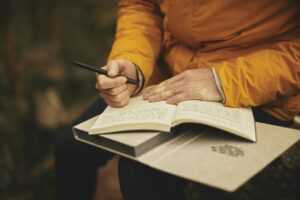 What Are Statements in Support of Claims?