Why do some U.S. combat veterans get debilitating emotional scars – and others simply don’t? How come people with even mild blast injuries complain about chronic headaches and back pain?

Early results from a four-year study of Camp Pendleton Marines reveal that the strongest predictor of post-traumatic stress disorder – or PTSD, the “shell shock” acknowledged after World War I – is a blast injury to the brain.

It’s the first research to determine that brain trauma increases the risk of getting the psychological disorder, according to the lead investigator of the Marine Resiliency Study.

This is one of two recent studies by San Diego researchers with the U.S. Department of Veterans Affairs that chip away at questions surrounding the signature wounds of the Iraq and Afghanistan war generation – PTSD and traumatic brain injury.

Moderate or severe brain trauma raised PTSD symptom scores by 71 percent, according to research findings. Mild brain trauma increased PTSD scores by 23 percent. Other factors, such as the heat of combat alone, had an effect but a lesser one.

“TBI was the strongest predictor of PTSD, even when controlling for pre-existing symptoms and combat intensity,” said Dr. Dewleen Baker, a psychiatrist who led the study that looked at why some Marines bounce back after the trauma of combat – are more resilient – than others.

“These finding may be used to identify individuals who may be at risk for developing PTSD and provide them with more immediate health care,” said Baker, who is research director for the VA Center of Excellence for Stress and Mental Health in San Diego.

What’s groundbreaking in this research – which studied 1,650 infantry Marines from Camp Pendleton and Twentynine Palms before and after a combat deployment – is that it dissects the relationship between PTSD and brain trauma.

The two problems often appear in the same person, but doctors don’t totally understand how they interact.

“Most studies were done after the fact, after people had already gotten PTSD. And then it’s very difficult to tell if these were things that preceded the illness,” Baker said.

“So we wanted to do a study in which we actually looked at service members before they went away to war, so we can begin to pull apart some of those things.”

Other leaders in this field say the VA’s results may have implications for treating troops who come in with PTSD symptoms.

“This would suggest that the proper treatment of PTSD should include very detailed evaluation of whether (the patient) sustained traumatic brain injury,” said Dr. James Kelly, a neurosurgeon who is director of the National Intrepid Center of Excellence at Walter Reed National Military Medical Center in Maryland.

Damage done to the brain in a traumatic blast injury can lead to balance problems, difficulty controlling emotions and sleep issues, among others – which would benefit from treatments that are distinct from PTSD therapy.

“It’s important that you aim the treatment at the specific problem and not dismiss a patient’s explanation of symptoms as just being psychological,” Kelly said.

The VA’s study stretched out over four years, from 2008 to 2012, and included members from four battalions from the 1st Marine Division.

The research teams saw every Marine before and after a seven-month deployment to Iraq or Afghanistan. They measured blood pressure and pulse, took blood and urine, tested memory and attention and probed physical reactions such as the startle response.

They also assessed each serviceman before and after deployment using the Clinician-Administered PTSD Scale, a widely used technique to measure PTSD.

The research was published in the Dec. 11 online edition of the Journal of the American Medical Association (JAMA) Psychiatry.

It’s just the first paper to be released from what is considered a large-scale study of Marines and resiliency.

Another topic under scrutiny is inflammation and its relationship to PTSD.

There’s some indication in previous work that inflammation is associated with the psychological disorder. The inflammation appears at the blood chemical level. Also, people with PTSD have higher rates of arthritis and certain types of heart disease.

“Right now we are in the analysis stage, and we’re looking now at many, many of the various components that we collected,” Baker said. “From here on out, we should have a number of papers per year.”

The research used functional MRI scans to reveal that blast injuries – common because of prevalent roadside bombs during the Iraq and Afghanistan wars – can cause invisible damage to the brain stem.

“Individuals with TBI show a very high incidence of chronic pain. It’s not necessarily due to primary injuries that occurred during combat. There is something more going on,” she said.

That kind of pain interferes with treatment, Strigo said.

“It hampers a lot of the (mental) resources I needed for TBI rehabilitation. They are used up with the pain. It increases disability, and it makes patients suffer,” she said.

Researchers tested 36 young post-Sept. 11 veterans in San Diego. Half had brain injuries; half didn’t. Strigo applied five seconds of 117-degree heat to the forearm of each participant.

The MRI scans of the injured veterans showed changes in blood flow in response to pain. Their brainstems were working overtime to control the pain, but the subjects reported no relief.

This study is the first to do imaging of pain among blast-injury veterans. More work is needed before researchers can say what this means for treatment, said Strigo, who is designing the next project now.

“Our study showed that there is something going on. They are not just complaining and trying to get out of work,” Strigo said. “So maybe it destigmatizes.”

At the VA’s San Diego Center of Excellence for Stress and Mental Health in San Diego, one of three similar VA centers in the nation, researchers are also looking to the next study.

Over the next few years, researchers there are hoping to extend the resiliency study.

Right now, they are using a magnetoencephalographic scanner to take images of the brains of Marines to study the effects of blast injuries. The scanner gives a detailed look at tissue and the current generated by the nerves inside the brain.

Perfecting diagnoses of these “invisible” injuries is one of the big projects ahead for the San Diego VA researchers in the next two to three years, Baker said.

Another is developing better medicines and alternative treatments.

A common complaint among veterans with PTSD is that drugs are prescribed too freely and that side effects are unpleasant.

Baker said they are working on modeling these disorders in animals to help move better medicines into regular use.

“We don’t understand the physiology sufficiently to make some of the new medicines that we would wish to have that might have fewer side effects or have better efficacy,” Baker said. “Our center is actively doing that.”

Another project is developing techniques to help treat pain and PTSD without drugs.

Another possibility is stimulation of the vagal nerve that leads to the brain. The process is now used to treat epilepsy and depression but it has prospects for anxiety disorder and migraines. 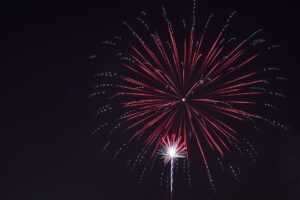