Posted by Berry Law Firm on January 31, 2019 in Agent Orange

An important court ruling was recently announced that could have a significant impact on the disability eligibility of “Blue Water” Navy Veterans. Blue Water Veterans are Navy Veterans who served in the territorial waters around the Republic of Vietnam, but not necessarily in inland bodies of water (like the riverine forces or “Brown Water Navy”). The recent decision by the Federal Court of Appeals in the case of Procopio v. Wilkie is likely to extend benefits and presumptive evidence to blue water Sailors in a way that previously only applied to brown water Sailors.

Unfortunately, Blue Water Navy Veterans that endured exposure to Agent Orange historically had claims rejected by the VA regardless of the evidence that they were affected. All Navy ships manufacture potable drinking water from sea water and lack the capacity to carry more than a small supply of water from one place to another. Consequently, the water stores were replenished almost daily in the waters around Vietnam. In the process of desalinating the water, dioxin was not removed, establishing a pathway for chemical exposure among Sailors.

Scientists long ago concluded that dioxin – the chemical compounds that comprise Agent Orange – leached into the water table in the Republic of Vietnam, seeped into the rivers that led to the bay, and ultimately found their way to the ocean. We know that Navy ships took on sea water that would have contained dioxin and distilled it for all purposes needed on ship. And we know that in 1991, Congress extended a presumption of exposure to Agent Orange to all Veterans “who, during active military, naval, or air service, served in the Republic of Vietnam during the period beginning on January 9, 1962, and ending on May 7, 1975.” 38 U.S.C. §1116(a)(1).

In the Clean Water Act, Congress recognized that pollutants discharged from shore will contaminate navigable waters. On land, the dioxin, once sprayed, would become embedded in the soil and also contaminate water tables and storm runoff. When the chemicals eventually found their way into ocean water, the water systems of ships had the potential to become thoroughly contaminated, as the dioxin would have adhered to piping and continued to contaminate the water in an ever-increasing amount. The cumulative effect of the contamination would have resulted in a very high concentration as desalination efforts moved the sea water through them. It would have taken months and perhaps years to complete a passive flush of the system once the ship moved away from contaminated waters.

In other words, the effect was likely even more pronounced than if the veteran had merely ingested Agent Orange one time by breathing it or by drinking one cup of water from a contaminated stream. Nevertheless, while anyone with boots on the ground qualified for the presumption of exposure, tens of thousands of Navy Veterans had been excluded from VA benefits related to Agent Orange exposure during the Vietnam war.

Boots on the Ground Policy and Blue Water Navy Veterans

In the case of  Haas v. Peake (2008), the Federal Court had concluded that the question of whether a veteran served in the Republic of Vietnam, as required by the statute, was ambiguous. Because of this ambiguity, the court reasoned that under the rules related to agency policies and regulations, the VA’s interpretation and application of policy would be considered valid unless plainly erroneous. The Court did not find the “Boots on the Ground” policy to be plainly erroneous; therefore, the policy was permitted to stand. It had remained the policy for determining Agent Orange disability benefits claims for the past decade.

Shortly before the Federal Circuit decided the Haas case, a Veteran named Alfred Procopio, Jr., filed a claim seeking service-connected disability benefits for prostate cancer and diabetes mellitus type II with edema arising from herbicide exposure during the Vietnam War. Like Mr. Haas, Mr. Procopio served in the Blue Water Navy in the coastal waters of Vietnam, and it is undisputed that he never set foot on Vietnamese soil.

Mr. Procopio focused much of his argument on technical and historical evidence in an attempt to convince VA that, notwithstanding the presumption, he had — in fact — been exposed to Agent Orange by drinking water on the ship while in coastal waters. He also argued that the Federal Circuit’s decision in Haas failed to account for rules that require courts to interpret statutes in a manner that is most favorable to Veterans, which is sometimes called the Pro-Veteran Canon. Mr. Procopio argued that when deciding whether the phrase “service in the Republic of Vietnam” was ambiguous, the analysis must be conducted in a manner that is favorable toward the Veteran. The VA was not convinced by either argument and denied the claim.

The Result of Procopio v. Wilkie

With Mr. Procopio’s recent success, Blue Water Navy veterans should become entitled to the same presumptions of exposure that benefit other veterans of Vietnam. The stakes are high for Veterans with long standing conditions. At present, the VA has sent letters to at least some Blue Water Navy Veterans deferring decisions on this issue of whether the same presumptions apply to the Navy as the other branches of service. With the recent ruling in the Procopio case, it appears that things are beginning to move in the direction of granting benefits to these Veterans and positive rulings could be issued soon.

Berry Law supports all Veterans of the US armed services and understands that sometimes you need to fight the VA to get the benefits that you earned.  If you have been denied a VA disability claim or were rated too low by the VA, you may be in the most important battle of your life to acquire proper compensation. Veterans often struggle to get the benefits they are entitled to, even with the VA’s mandated duty to assist. Berry Law is a Veteran owned and operated business that is committed to helping Veterans receive the VA compensation they fought for. If you or somebody you know needs assistance appealing a VA claim, contact our team today at (888) 883-2483 to schedule a free, confidential consultation. 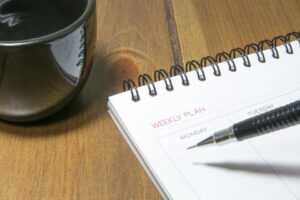