Posted by Berry Law Firm on February 15, 2018 in Agent Orange When talking about VA disability benefits, we tend to think in broad military terms. An injury was incurred “in service” or due to a deployment to a certain region. But each branch of service has its own risks based on duties commonly performed. For instance, it would be more likely for an Army veteran to have incurred a gunshot wound than a Navy veteran. This post will begin a series exploring the types of disabilities most associated with each of the four main branches of service.

First up are Air Force VA benefits. Being the world’s premier aerial superpower comes with a unique set of hazards which can result in post-service disabilities for the airmen involved. While most airmen rarely experience direct combat, they frequently encounter dangers associated with technology and aircraft. While this does not constitute a comprehensive list, here are some of the disabilities commonly affecting airmen.

When it comes to hazardous exposures, nothing affects more airmen than noise. It might not be something an airman even considers to cause a disability. After all, most people lose auditory acuity over time. But a jet engine creates one of the loudest sounds possible, potentially damaging ears if exposed for long periods of time. On a scale from 0dB (the weakest sound) to 194 dB (the loudest sound that can occur), a jet engine at 100 feet can create a whopping 140 dB.

Exposure to sounds at or above 85 dB can cause hearing loss over time. The louder the sound, the shorter the amount of time it takes for noise-induced hearing loss to occur. Exposure to something as loud as a jet, even for a few seconds, can permanently hurt a person’s ears. It’s not just hearing loss, either. Tinnitus is another form of hearing damage, causing sufferers to perceive ringing or buzzing in their ears.

Airmen in flying career fields may be exposed to hazardous amounts of ionizing radiation, which comes from outside the Earth’s atmosphere. Though a relatively small amount of this radiation reaches Earth, most planes fly at an altitude where they are exposed to much higher levels of cosmic radiation.

The World Health Organization (WHO) International Agency for Research on Cancer (IARC) says that Ionizing radiation causes cancer in humans. It has also been linked to reproductive problems. While they were not looking as cosmic ionizing radiation in their study, other studies have shown that airline pilots and flight attendants have a higher rate of some forms of cancer. In fact, woman who flew more than five years had 50% more risk of breast cancer compared to the average population. Airline crew were also at a significantly increased risk of skin cancer.

Agent Orange causes a number of conditions, many of which can be service-connected presumptively just by showing that a military member served in a certain place (usually Vietnam, but in this case on a C-123). Some common presumptive conditions include diabetes, ischemic heart disease, non-Hodgkin’s lymphoma, Parkinson’s disease, peripheral neuropathy, prostate cancer, and chloracne. In addition, hypertension is not considered presumptive, but studies have shown a correlation between high blood pressure and exposure to Agent Orange.

Almost every service member has been exposed to asbestos if they served prior to the relatively recent revelations about its dangers, one of which being an increased risk of developing mesothelioma. Most base housing was constructed using asbestos insulation, as were many on-base facilities. However, the Air Force has a distinctive set of exposure risks.

Because of its durability and heat-resistance, many aircraft parts were made using asbestos to protect against fire and heat damage. Brakes, cockpit heating systems, heat shields for engines, torque valves, gaskets, electrical wiring, and insulation contained asbestos. This put Air Force mechanics particularly at risk for exposure, and they were likely to inhale asbestos dust and fibers through contact with the engine and motor parts.

The final portion of this non-exhaustive list involves the mental health of airmen, particularly with regards to PTSD. It isn’t included on this list because it is unique to airmen, but rather because airmen react uniquely. By some estimates, enlisted personnel in the Army and Marines are almost four times more likely to report their symptoms of PTSD than those in the Air Force or Navy.

Many pilots and air crew are under the misconception that PTSD develops from being on the ground, but the human brain wasn’t programmed to tell the difference between being shot at with a rifle and a missile being shot at a plane. PTSD develops as a reaction to trauma. That trauma doesn’t always fit the narrative. In-flight emergencies due to equipment malfunction have been linked to PTSD, and that often has nothing to do with combat.

Complicating matters further, PTSD is disqualifying for all aviation duties in the Air Force. While an airman may request a waiver to get past that disqualification, the waivers are frequently denied because the airman has persistent symptoms or has to be on medications not approved for flying, which require a second waiver. Since they frequently feel unable to report their symptoms or risk losing their career, it may be difficult for flight crew to become service-connected for PTSD after service.

If you served in the Air Force and your VA disability claim has been denied, Berry Law Firm may be able to help. We have been successfully representing veterans for decades. Contact us today for a free evaluation. 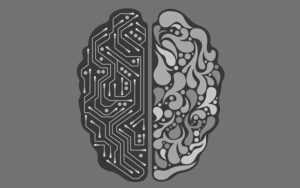 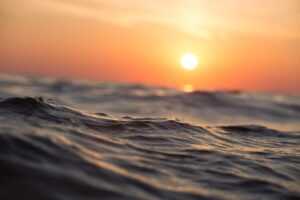